A design lesson from Van Halen 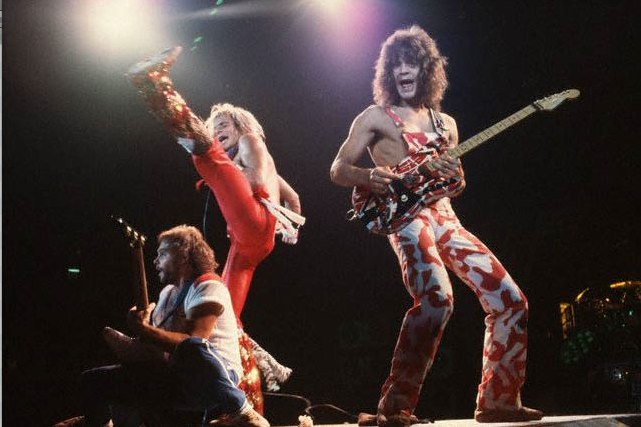 When something is well designed it shows that time and consideration have been made to create something that is well thought-out and not just hastily thrown together last minute. It shows planning. It’s like wearing a well designed suit: it shows you put effort into presenting the best possible version of yourself.

In the 1970s & ‘80s Van Halen was one of the biggest rock bands in the world. They had a huge stage show: 9 eighteen-wheeler trucks full of equipment traveled with them from city to city and at every show this equipment had to be assembled and disassembled. Van Halen also had a rider – a rider is a list of the requirements & demands a performer or band need fulfilled in order to perform. It is the concert promoter’s job to meet all of these requests.

Usually you hear about a band’s rider when they make crazy requests such as how much alcohol they want, how many towels they need, exotic foods, etc. Van Halen’s rider was a massive document with mostly technical requirements on how to assemble their equipment but in the middle of the document, out of nowhere, there was a line-item that said there should be a bowl of M&Ms  but “…there will be no brown M&M's in the backstage area, upon pain of forfeiture of the show, with full compensation.” The no brown M&Ms became the stuff of rock lore but there was a really practical reason why it was included. The M&Ms were the canary in the coal mine, they were a visual indicator whether or not the rider had been read in detail and followed. The band knew that if the concert promoter didn’t catch that detail then guaranteed if they did a line inspection of the equipment there would be other problems.

Like seeing brown M&Ms, a poorly designed application can be treated with suspicion as to the overall quality. We generally consider well designed items to be of better quality. Good design is an indicator that something is smart and well created - that the designer knows what they are doing. Take the time to consider the design of your applications because your users certainly will.

And plus one for getting Michael Anthony to write this!

In French, we often say that "Evil hides in the details". If you master the details, Evil will be forced to go away

For me, in QlikView documents, the brown M&Ms are when someone has not taken the time to use the alignment buttons that are readily available to any developer.  If the alignment of objects is out, even by a tiny amount - then there will be other details missing.

That said, I come across many documents where other crimes against design (pie charts in a grid chart, anyone?) make it even more obvious that the appropriate attention to detail has not been taken.

Me too never and ever alignment my buttons. because this are small thing , as i am more concern with the data is it report it is correct ?

Yes, the numbers are the most important.  However, if you haven't taken the five seconds it takes to align things I believe it looks like you have either not finished - or cut things so fine that you didn't have time to check things correctly.  If you have done *even* the alignment it gives the impression everything else is right.

This blog post (and video) shows how quickly some basic tidying up can be done.  It is well worth taking these steps, I would suggest: http://bit.ly/MHxjTX

Usually people complain about not having time to create fancy layouts, but there are some little details, like having everything aligned, which shows some concern about the human interface and interaction.

For the regular user, if we present a very confused layout, the application, besides looking very unprofessional, will create fatigue and confusion which in turn will take the user away.

Never knew this about Van Halen. Sure, its a great thing to learn and I have been there, there will be something which will only be caught by users and not us. On that moment, we will think how can we miss that minor detail?