. I followed the developer tutorial and tried to use come data of mine, but I need some help.

my data has the following format :

I have players, games, and "1" means that the player won the corresponding game.

1) I know how to do this for one game ("Game 1" as dimension, count("Game 1") as a measure), but I didn't found out how to put all games as dimensions and all their totals as measure in the same chart.

2) More difficult : after doing that, I would like to go deeper in the analysis. When I have the donut chart, and I click on "Game 2" for example, I want Qlik Sense to tell me among the players who won "Game 2", how many also won "Game 1" and "Game 3" (a sunburst can be a good idea ?)

Hope you can help me

Is this the result you want to achieve?

1: You have the amount of won games per game: 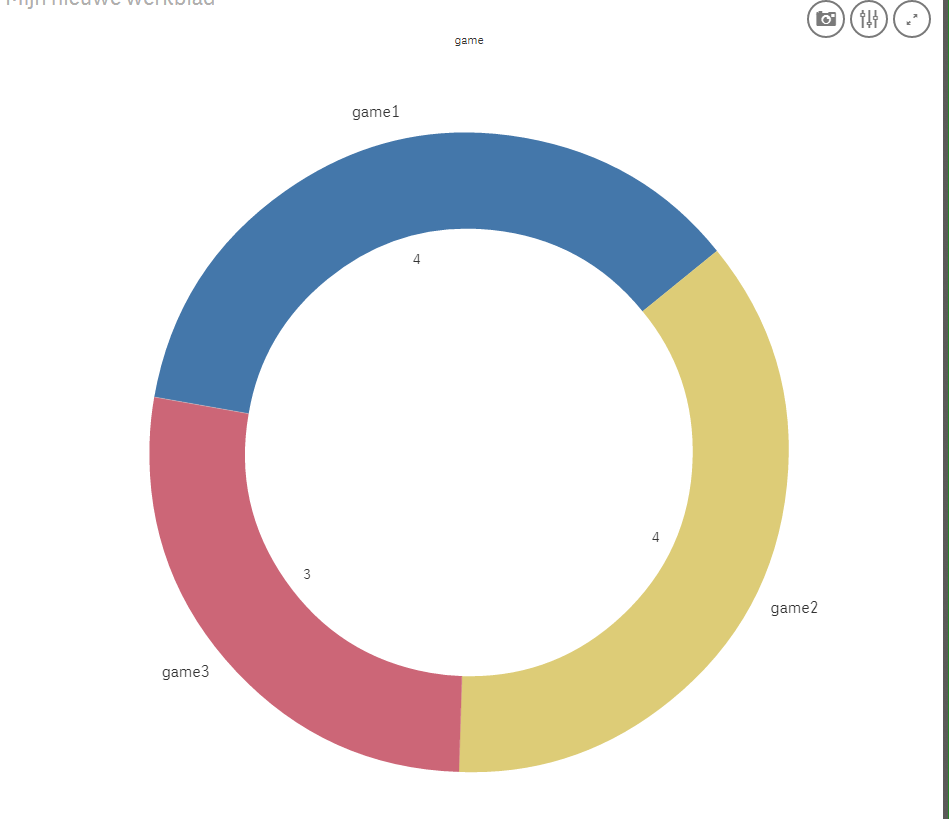 --> When you click on a game you get the amount of times a player won that game: 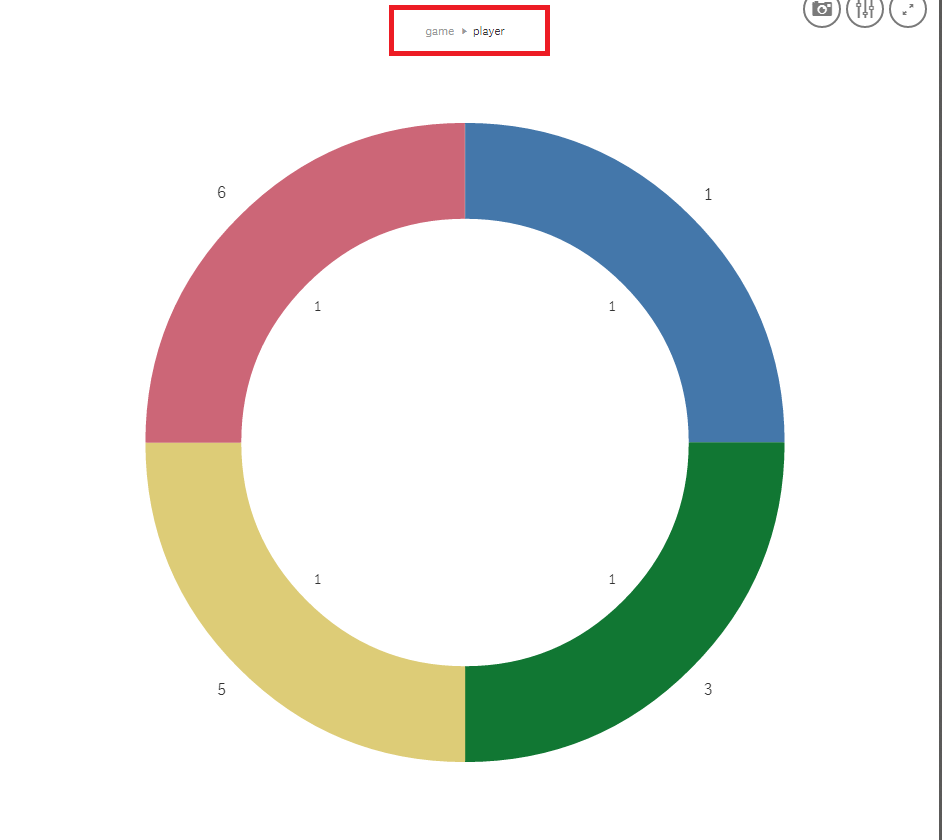 If this is the outcome you want, I can help you in achieving this.

Hi Stijn VanEven, thank you for your quick answer !

For the step 1), yes that is what I want to achieve

For the step 2), "the amount of times a player won that game" will always be 1 so it does not fit exactly my need. BUT it gave me another idea. In your example, is it possible to select "Game 1" and "Game 2" and see which players have won both of them ?

The perfect thing would be what I asked first