Announcements
QlikWorld May 10-12, Online and Free! REGISTER NOW
Options
Turn on suggestions
Auto-suggest helps you quickly narrow down your search results by suggesting possible matches as you type.
Showing results for
Search instead for
Did you mean:

i have map chart to map with city name. however, one city name is the same as in Japan as below. is there any way to restrict china country all city name display in china map?

Hello, would this be that you are looking for?

I experience a similar problem when populating an Argentine map, some of the Cities appeared on a different country, like shown below; my solution was loading the Cities with their GeoData from an Excel file;  I found the GeoData from a specialized web site: 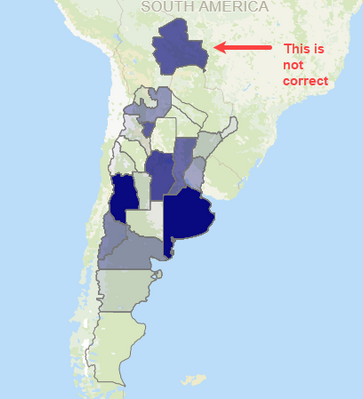 I do not know if your GeoData is coming from an Excel file, anyhow, my Excel file looks like this; the iso2 column identifies the GeoData type, while the admin_name identifies the State or Province (yours should include regions as well); We found some typos and/or misspelling in the Province names, and even one of the Province name was a composite (Tierra del Fuego, Antártida e Islas del Atlántico Sur) instead of (Tierra del Fuego) once this spelling details were fixed and the Map control's layer properly define, the map worked beautifully.

This Argentinean's map has two Layers.

The top layer (Provincia) draws the borders, the second layer the City; the screenshots below show the Location's properties for these two layers: 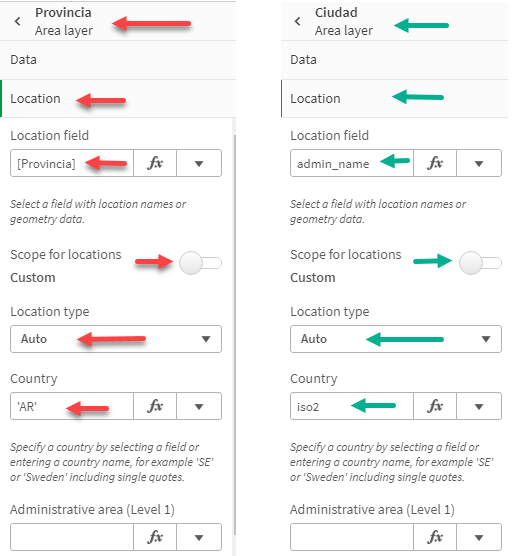 This map also has a toggle switch to show/hide the Province names, as shown below: 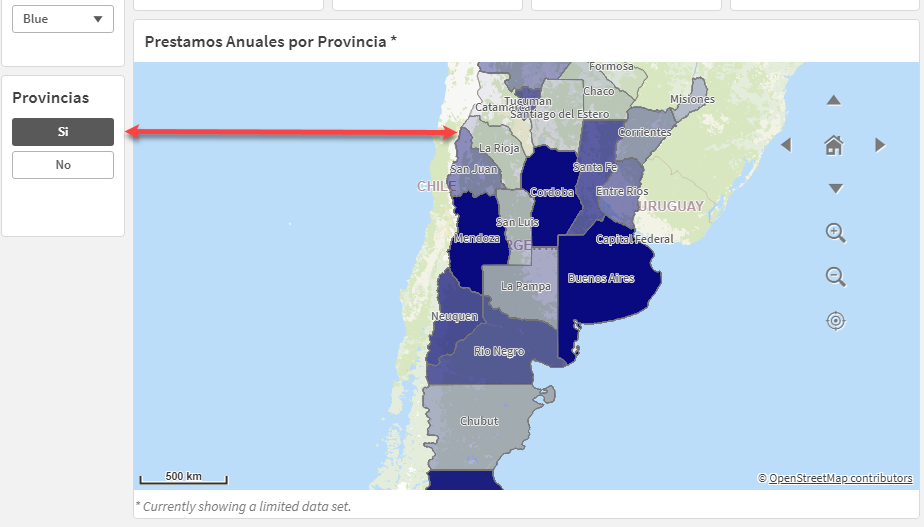 If you like the map with fancy-dynamic shadows, you should take a look at this video: Lots of options to color QlikSense Interface, including mapping and/or visit his GitHub page: Guilherme Approbato