Percentages of increments in pivot tables with calculated dimensions

I want to calulate percentage increases in a pivot table. However, the dimension is a calculated one, based on dates entered through 6 boxes of variable extension. I attach a reproducible file for Qlik Sense as an example. 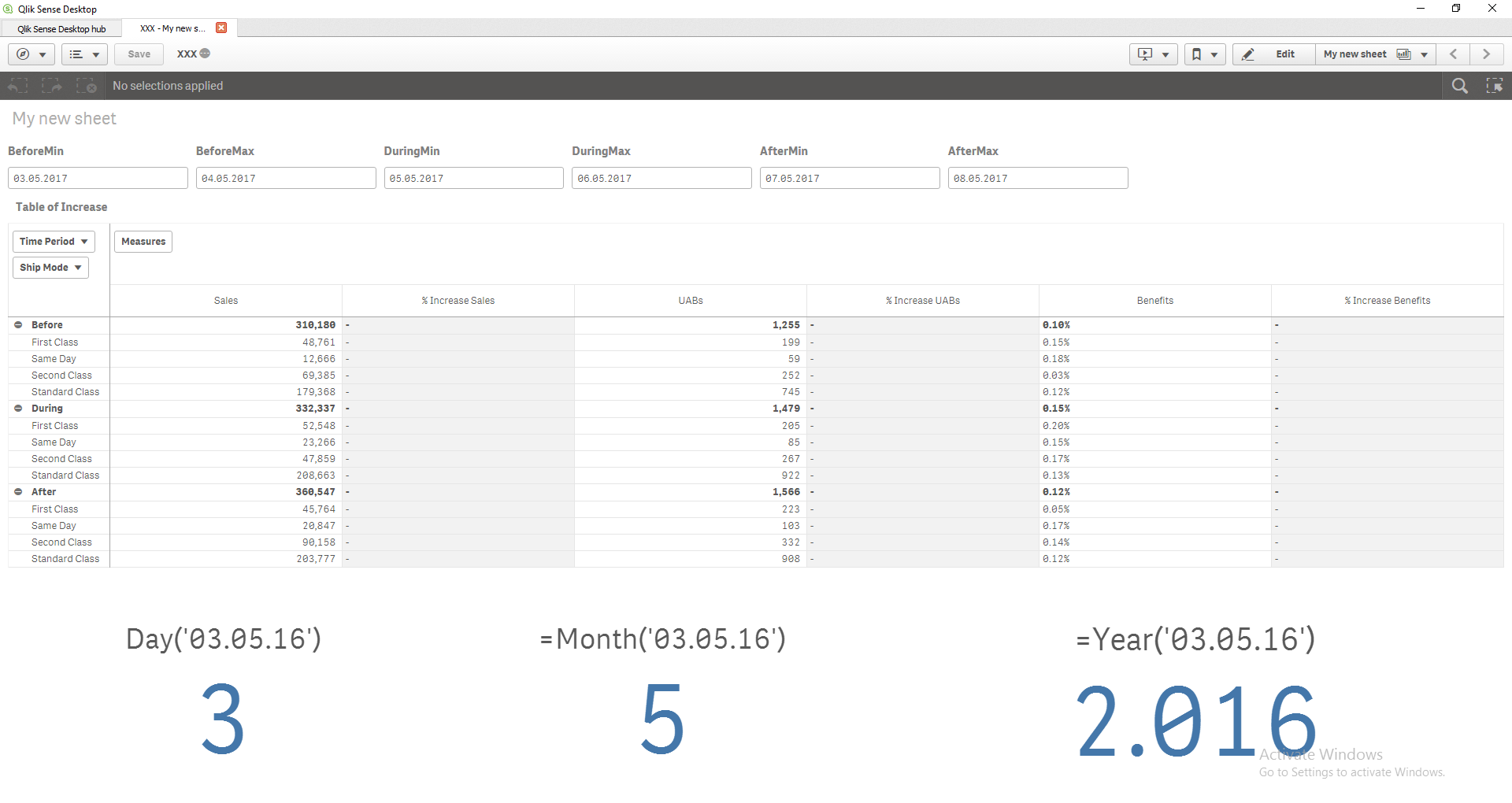 Which means that the fields in:

Nevertheless, the Benefits increase field is calculated with a simple difference: [Final Vale] - [Initital Value], given that the values are in the same percentage units.

I appreciate beforehand any help on this specific case. Anibal

P.D. My results are 100% reproducible entering the following values in the 6 "Variable Extension" boxes:

It also looks as if your data field Date is a string and not a numeric Qlik date.

This is all most confusing.

Maybe when you load the data from [lib://BI RESOURCES/SAMPLE DATA SET.xlsx] you should convert field Date into a numeric Qlik date.

Whilst this does not answer your actual question in the slightest, I do think the Date field needs sorting before you can progress and then maybe post a revised sample qvf.

Hi Bill. Thank you for your reply. I will go through your comments and suggestions:

Yes. My idea is creating an interactive report. No matter what dates you enter through the 6 Variable Extension boxes, the pivot table will calculate the increases of the correspondent measures (Sales, UABs, Benefits), considering the registries that fall into these 3 categories: "Before","During", and "After". The dates that the user specify through the boxes don´t need to cover the entire Date window of the Data Set.

I have done the following. I have gone to the "Data Load Editor" and modified the entire loading script so that the format of Dates is 100% compatible with my column Date. Before it was in standard Qlik Sense Desktop, and I have changed it to German format (DD.MM.YYYY), as it can be seen here: 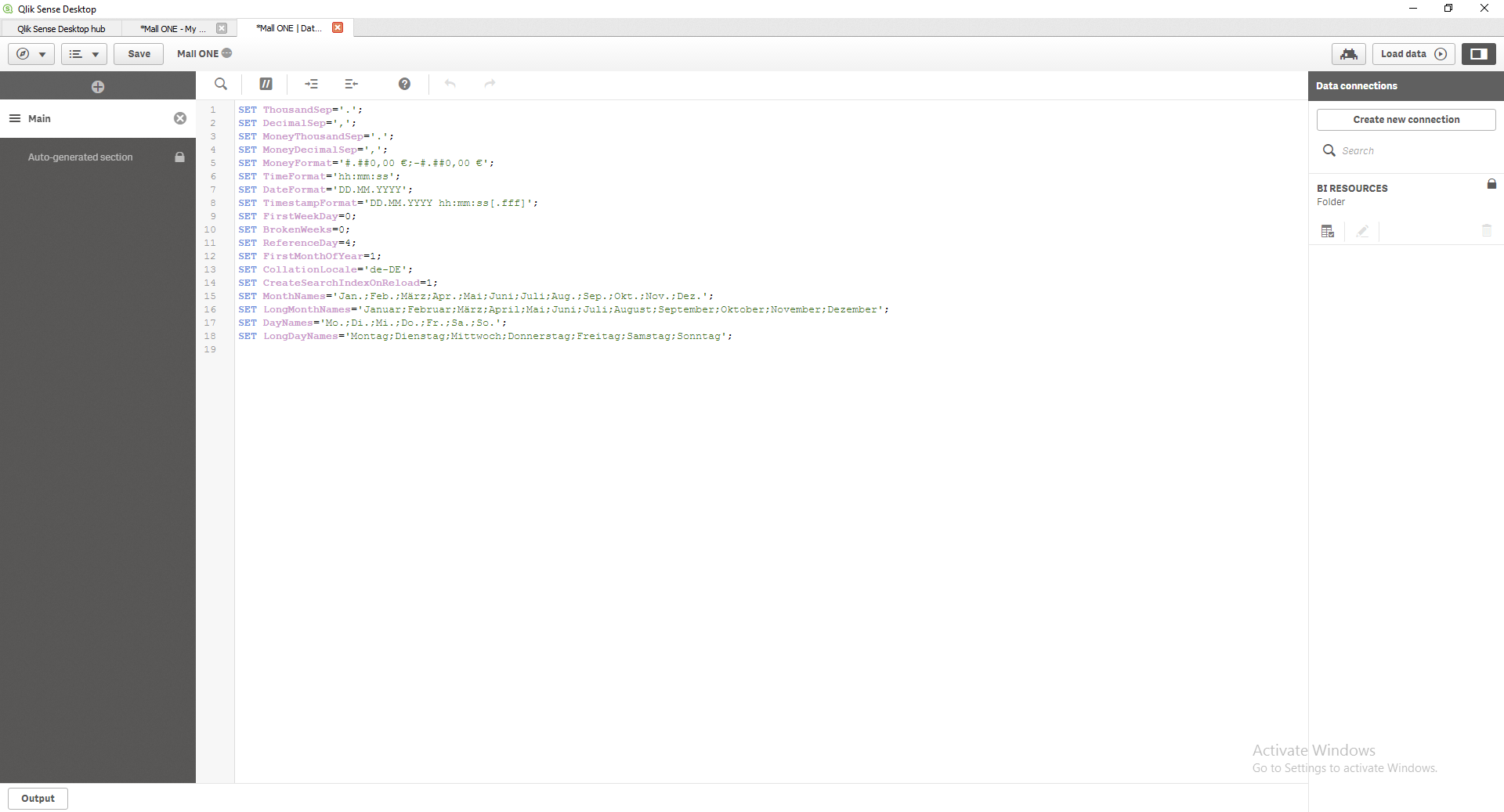 I have also updated my .qvf sample file. Now, my Date column I believe is in Date format as it can be seen through this functions (Day(), Year(), Month()): 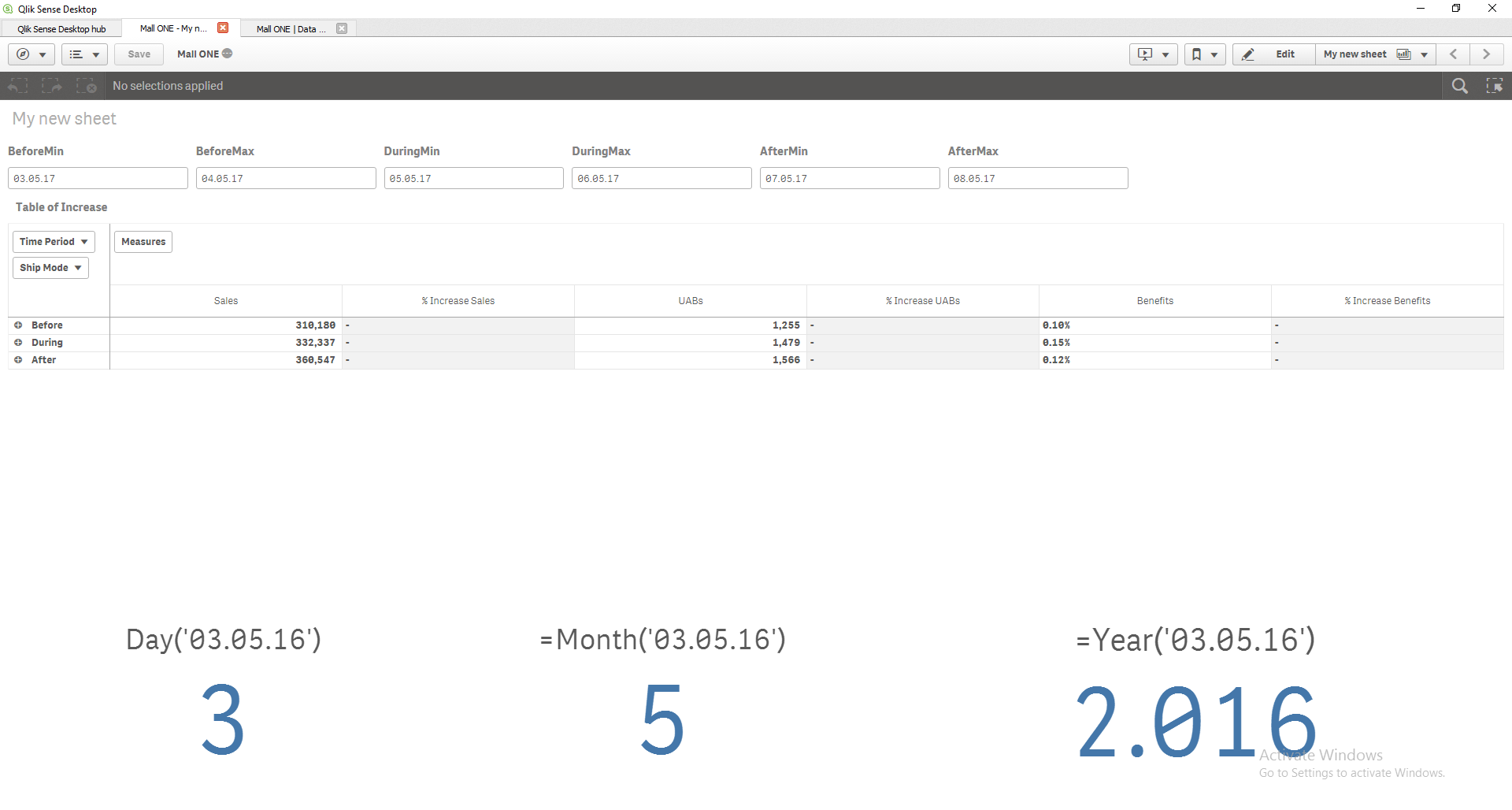 Don´t know if this can be any helpful to make some progress/targets your suggestions? Thanks, Anibal