my demand is rather simple,

I have an excel file : 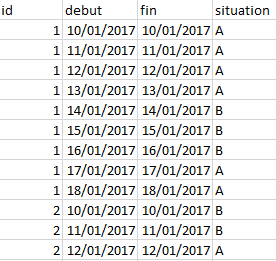 So I want to be able to limit the intervals to those listed above depending on the change of the situation:

here is what I've did:

this was the result :

Thank you very much

Now that you've saved my life, can you please explain me this:

It got me a little confused. Thanks again

So for each set of combination, I am creating a unique number 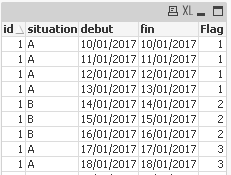 Order by id and then by either debut or fin to make sure that all the situations = 'A' are not grouped together or ids are not all over the place.

I'm facing some troubles and would like to ask you for help !

Here is my issue:

I have an excel file which contains some dates with sales: 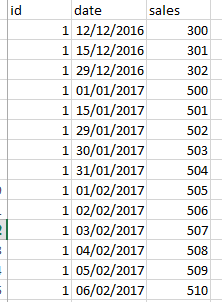 I've elaborated somthing which works in the same year, but the problem is when we're in Feb or Jan and we have to compare with the last year:

here is what I've done :

How could I correct this?

Thank you very much !

ps: if in my source ,the last month was March, 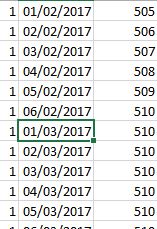 I will have the result I want with the same script:

which means, that sales in févr have decreased in comparison with sales in January.

Hope you'll be my savior one again !

Use MonthYear field instead of just month

I am not sure how exactly LastValue is working here for you, but this should be able to solve your change of year problems

Thank you Sunny for the quick answer but No, That didn't solve the problem .. I'm really confused !

I wanted to include if statement, to force lastValue-1 and -2 in case the months are févr. and janv. but I keep having errors message:

Yes, the error has dissepeared, but that didn't solve the problem