Announcements
Talk to Experts Tuesday, Live Q&A, September 22: Moving from QlikView to Qlik Sense. REGISTER
Options
Turn on suggestions
Auto-suggest helps you quickly narrow down your search results by suggesting possible matches as you type.
Showing results for
Search instead for
Did you mean:
Highlighted

There are 4 type of joins-

Inner Join- Only rows that can be matched between both tables will be kept in the result.

Outer Join- All rows will be kept in the result, rows that do not have a corresponding value in the other table will get null values for the fields that are unique to that table. When no prefix is specified, this is the default join type that will be used. 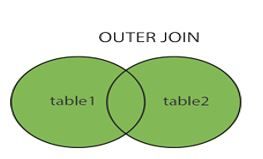 Suppose there are 2 tables 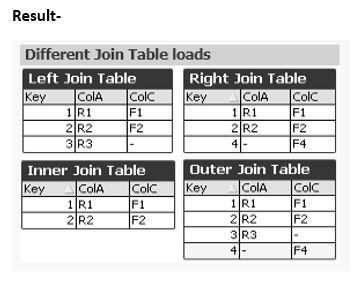 Table joins and data viewed in qlikview
how to perform join operation on particular field in qlikview
Difference between concatenation,joins and keep functions in qlikview
Community Browser