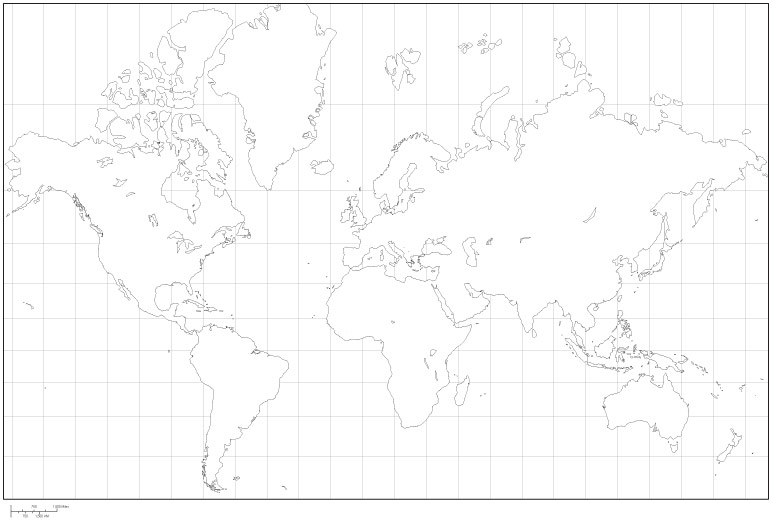 Like all map projections, the Mercator projection (a cylindrical map projection presented by the Flemish geographer and cartographer Gerardus Mercator in 1569) is attempting to fit a curved surface onto a plane distorting the results. If you look at a map constructed using Mercator projection (see example above) you will get a distorted idea about the size of geographical objects. For instance, take a look at Greenland and compare its extension with Australia. It seems to be bigger, isn't it? 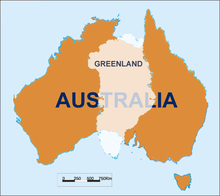 If we overlap the shapes of the continent and the island we can see that, in fact Australia is 3+ times bigger than Greenland.

The classic way of showing the distortion inherent in a projection is to use Tissot's indicatrix, as in the picture below you will notice that the size of the red ellipsis representing distortion becomes bigger in areas that are far from equator, in fact by construction, the Mercator projection is perfectly accurate along the equator and nowhere else. 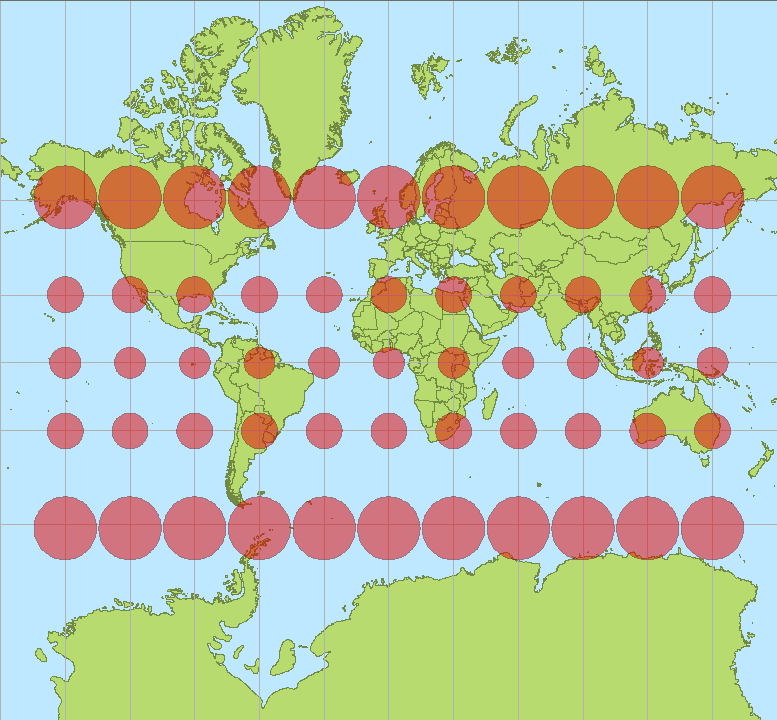 By using some of those functions we could create maps as in the example below where the projection function helps to shrink the Canada shape. 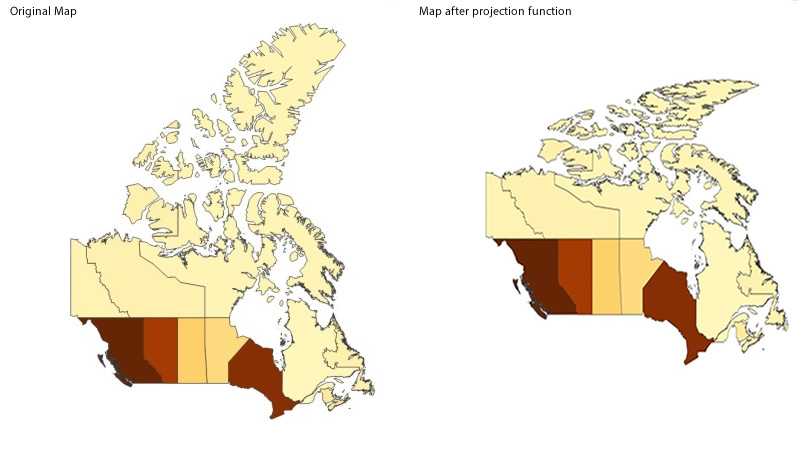 Thanks to Jonathan Pole and Yang Yang