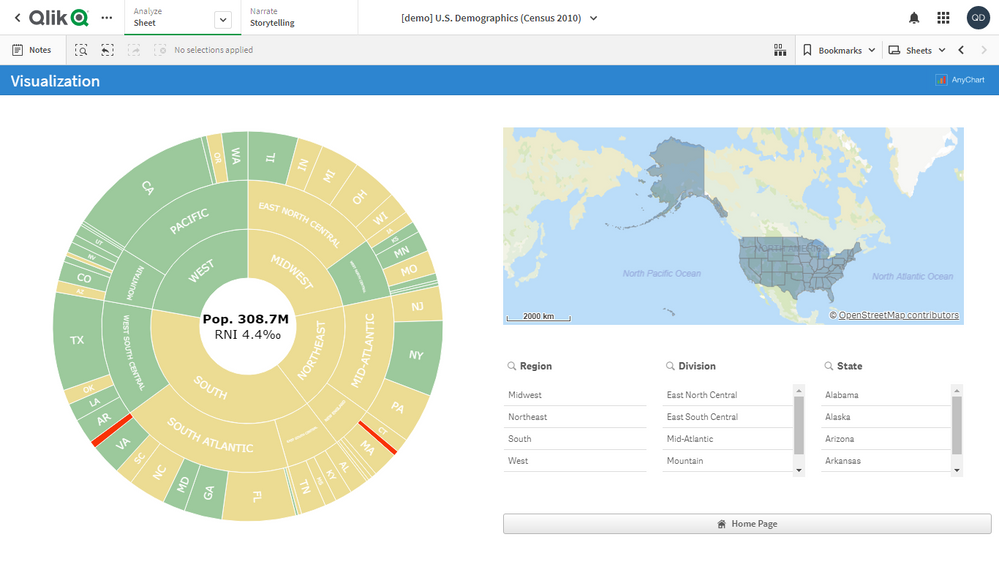 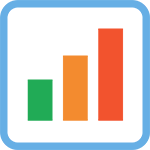 Get a bird's-eye view of the U.S. population trends revealed by key demographic statistics from the 2010 Census — across states, divisions, and regions. Just at a glance, compare the territories by size of population and recognize where it grows slower than the national average or even declines. Drill down to different levels. Hover over to check the exact counts along with the rates of birth, death, and natural increase.
🔗 >> LEARN MORE & DOWNLOAD THIS APP (.QVF) <<

Some of the discoveries from using this app include:
* Key demographics at different hierarchical levels: population size, rates of births, deaths, and natural increase.
* RNI for each state, division, and region compared to the national average.

Helps estimate and project population counts and shifts to draw conclusions and make decisions in respect of the current and future distribution of social and economic resources and activities at national, regional, divisional, and state levels.

Demographics analysts, researchers, and planners seeking to understand the size and change of populations. All who want to analyze hierarchical data structures in Qlik Sense — the app features a good example of a Sunburst chart and is publicly available among AnyChart demo apps for Qlik Sense.

The dataset is derived from Kaggle.com: “United States Energy, Census, and GDP 2010-2014.” It contains demographic data from the United States Census of 2010.