I am new with NPrinting and I started from version 16. Right now I am fighting with version 17 which is a little different from 16. I installed Server, Engine and Designer on one server and it seems to be working fine. But when I try to edit a report template with the designer (Pixel Perfect,  Word) it is not quite working. On starting the designer I get this error:

If I say "OK" the designer opens but when I try to add level I got the following error:

It seem that it cannot connect to the document. When I try to edit a word template I got the same errors on opening and on adding a level: 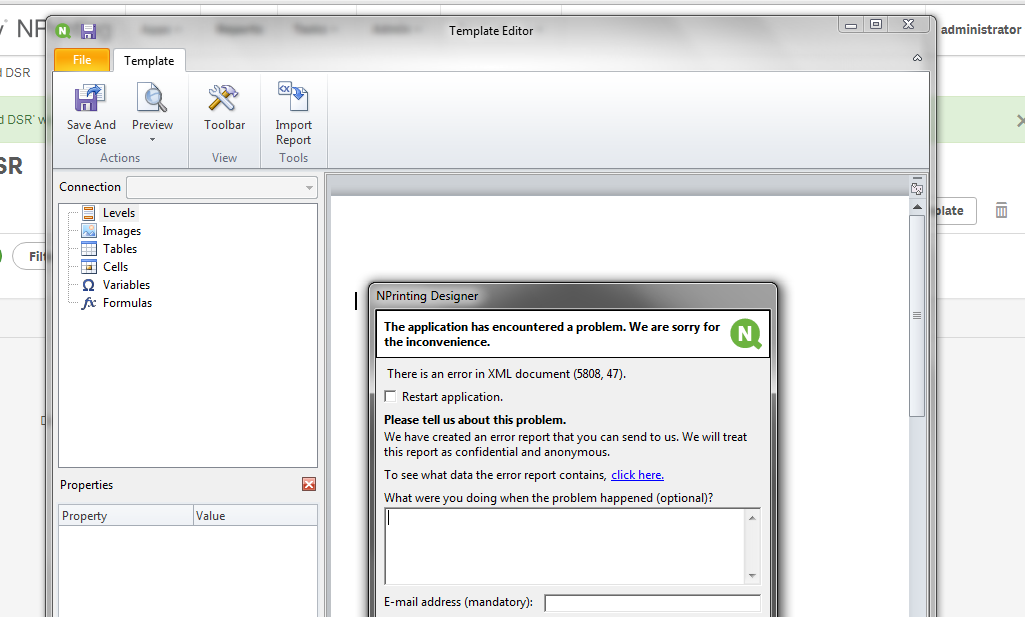 The same errors appear when I try it on the server where they are installed and also on my computer where I have designer installed with both IE and Chrome. The interesting thing is that I also created QV entity report with 2 filters which is working fine and sending the entity report with its data.

On both computers - server/local previously I had Designer and Server/Designer only which were uninstalled.

Can anybody help with advice?

could you please provide me the qvw that you are currently using? It seems that NPrinting 17 had some issues loading the metadata from it.