I'd like help in diagnosing a problem with Qlik Sense Enterprise April 2019 Patch 1.

When I refresh this app (see photo below), the engine crashes as the app is saving. I didn't see this behavior in prior versions of Qlik Sense.

How do I fix/diagnose this issue? 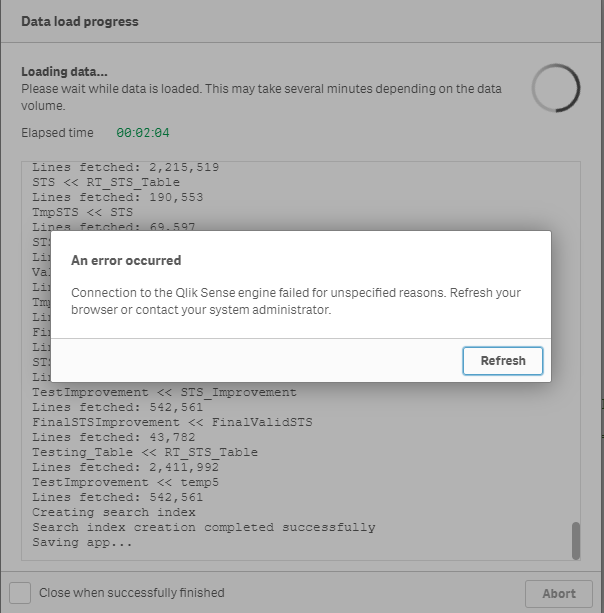 I appear to have the same issue, occasionally, when using february'19. Sometimes it works with no issue but other times  it fails and the engine crashes. Always through the hub though, I have gotten into the habit of creating manual tasks to reload in the QMC instead, where no issues are found.

Is there anyone who have encountered/solved the issue?

@robert_bond do you mind sharing which extension it was? I'm worried that it might be being caused by a vizlib extension but we have a lot of those and don't want to remove all.

I don't recall. That was one employer and many months ago. I'm guessing it was report builder.