SQUAD : Transportation Tool between environment from Dev to Prod

One year ago, Criteo made up his own powershell program that package Qlik Sense release from one environment (dev) to another (prod).

They called it SQUAD : Super Qlik Utility for Automation of Deployment. 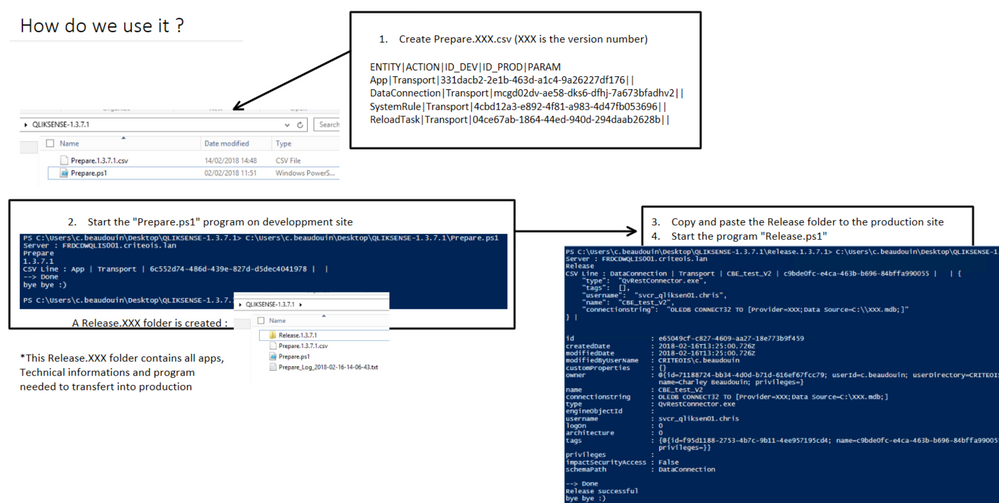 During the packaging, some check are made into the application (the presence of exit script for instance) to help developpers having a good release quality.

The authentication of the program is based on the user NTLM rights, which means you have to go on the machine to make it work and users that have no rights in Qlik Sense are unable to play the script.
It is a secure way of making the release.

It's a program that is based on the Qlik Sense Repository Service API and Qlik Engine API supported and documented on the Qlik help site :
Repository Service API : https://help.qlik.com/en-US/sense-developer/June2018/Subsystems/RepositoryServiceAPI/Content/Reposit...
Engine API : https://help.qlik.com/en-US/sense-developer/June2018/Subsystems/EngineAPI/Content/introducing-engine...

It is used for more than a year at Criteo and works perfectly well.
I think i might be useful for the community.