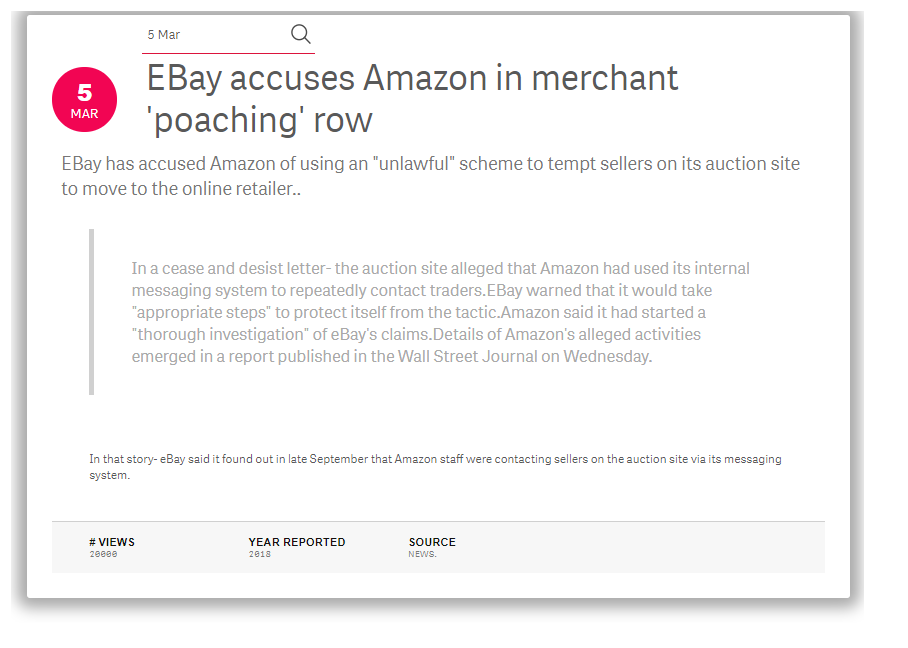 This Qliksense extension allows user to

a) Search on Date

b) Have the details displayed in a great way.
c) we can capture screen and send

Sample data is as follows:

Product1,5 Oct,China spy attack hits Apple and Amazon ,  Apple and Amazon are among US companies and agencies who have had data stolen by Chinese spies claims Bloomberg., The data had been siphoned off via tiny chips inserted on server circuit boards made by a company called Super Micro Computer reported the news agency.The servers had been compromised during manufacturing and the chips activated once they were up and running it said.Apple Amazon and Super Micro have rejected Bloomberg's claims calling them "untrue"., Bloomberg claims the probe led to some companies removing servers made by Super Micro and ending business relationships with the company.,6000,2018,Technology.

Product2, 5 Mar, EBay accuses Amazon in merchant 'poaching' row,EBay has accused Amazon of using an "unlawful" scheme to tempt sellers on its auction site to move to the online retailer..,In a cease and desist letter- the auction site alleged that Amazon had used its internal messaging system to repeatedly contact traders.EBay warned that it would take "appropriate steps" to protect itself from the tactic.Amazon said it had started a "thorough investigation" of eBay's claims.Details of Amazon's alleged activities emerged in a report published in the Wall Street Journal on Wednesday.,In that story- eBay said it found out in late September that Amazon staff were contacting sellers on the auction site via its messaging system.,20000,2018, News.