For an order-quote analysis, I need to take into consideration the orders that have a quote issued after August 1, 2014, therefore I'm using this script:

and in the dimension I use a condtion that ask to show orders (JD_NDEVIS) that have DATE_OK=1 and this is working.

Afterwards, I need to count the amount of quotes issued by orders. Therfore I use this:

The first line analize who issued the quote (some person are not to be taken into acount), the second line, count for some people, and the thirs one count for the rest. This also works perfectly.

I tried to add a condition in the count expression like {<JD_DATE_YEAR=>} but then it shows me information for orders that don't even have a quote issued in 2013.

I know it's not easy to understand, but when I select a year, I would like the table to analyze the order that have a quote issued in that year, but taking into consideration all the quotes even the one not issued in tha year

Can you post an example document that demonstrates the problem?

Here is the qvw file with the sources

Your document does not contain a field JD_DATE_YEAR.

does the same as this one:

Hello, so I tried what you wrote, and it doesn't change anything 😕 what does the * mean in front of the set analysis?

So, in theis image, I slected the year 2013 and it shows in the dimension all the orders number that have a quote in 2013. But it also changes the expressions so they are calculated for the year 2013. 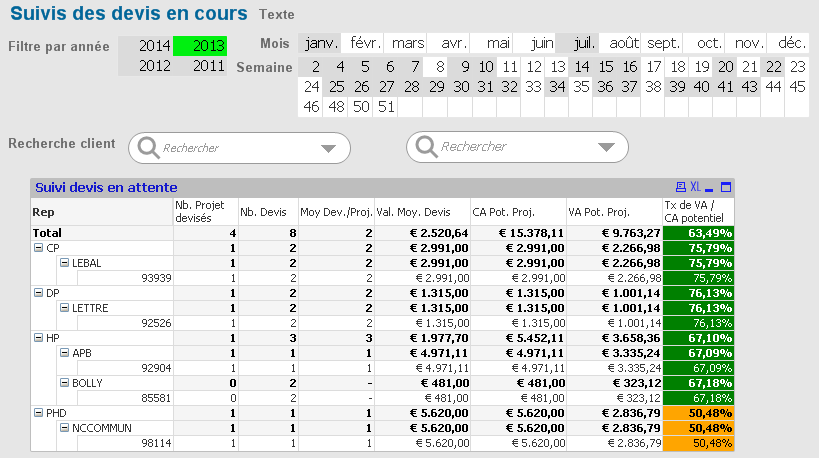