What is Fiscal Calendar?

A fiscal year (or financial year, or sometimes budget year) is a period used for calculating annual ("yearly") financial statements in businesses and other organizations.

Fiscal years vary between businesses and countries. The "fiscal year" may also refer to the year used for income tax reporting.

In India, the government's financial year runs from 1 April to 31 March midnight.

Below script helps in generating the Standard and Fiscal Year Calendar generation, for this you need to configure 3 variables,

vFiscalYearStartMonth - Tells the starting month of the Fiscal Year

Note: Based on your requirement you can modify the script to arrive new fields like Week, YTD, MTD etc.

Thank you fro sharing it! It works perfect when using today() function.

Unfortunately it doesn't work when I try to modify the script so that to work with a Date filed (OrderDate) from  MS SQL DB, it fails somewhere.

I can't understand why, because when I load min and max date and then create variables for startDate and endDate, the result looks similar to that if we use today() and today()-1.

(I tried all the mentioned tips above and still doesn't work.)

Probably it is something in the Date format...

The picture below shows the last script I am using and the error: 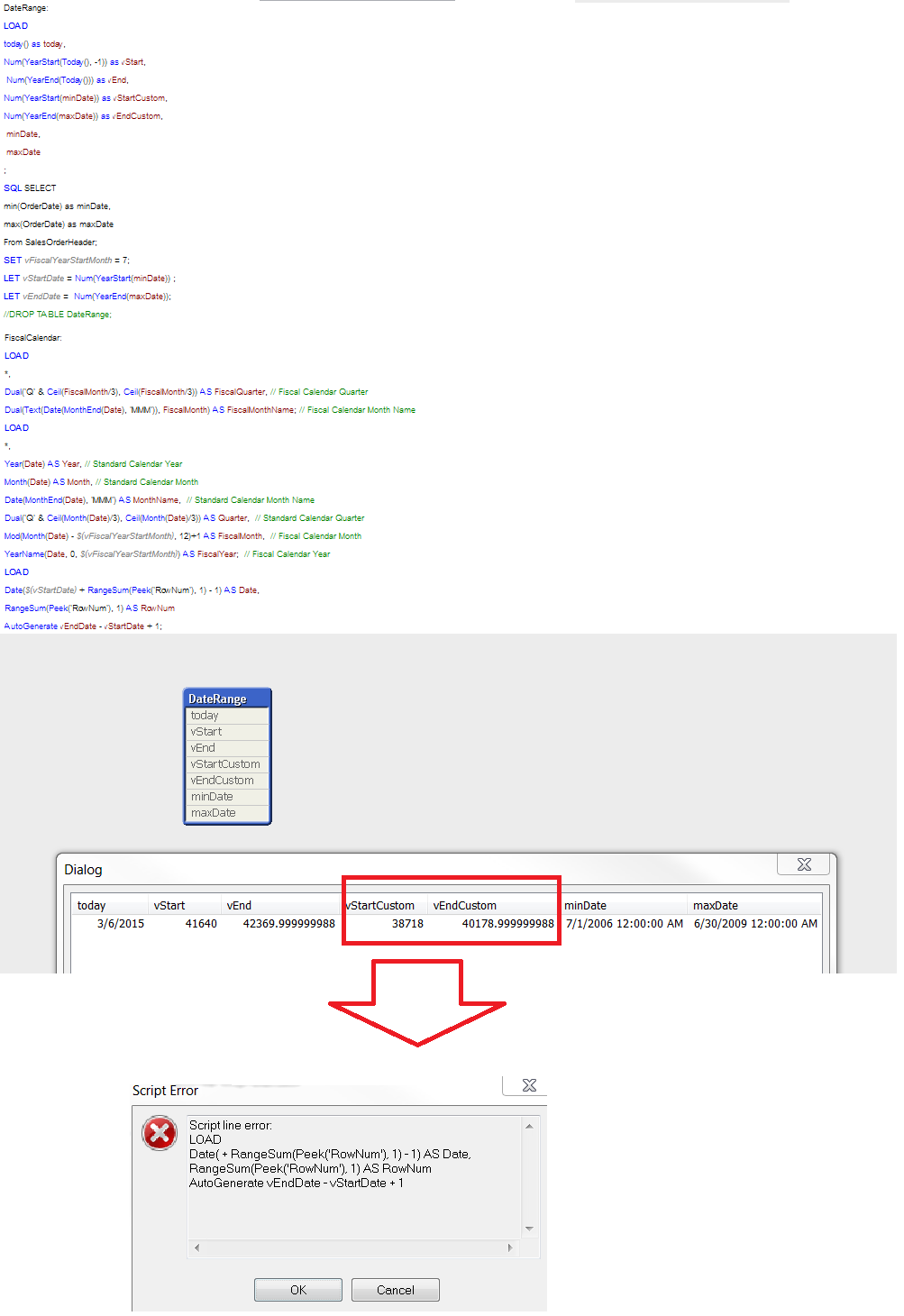 I want to have fix start and end date for the Master/Fiscal Calendar,

The whole solution is a combination between this video (Creating a Master Calendar - YouTube and its code) and your code for Fiscal Fields.

If anyone wants to test, he must:

2) Change the date format if it is different:

looks like i was able to do this by using the following .....

I hope that this helps!

thank you jagan and staniTo89 for all your help.

Personally I do this with variables, triggers and sets, but I want when somebody select a year to see

the results for the selected year and for the previous one.

If you want a dynamic selection you can do the following:

// I use these variables in sets, so in order sets to to work properly - add actions for the variables

Field: Order Year (OrderYear is the field, containing only the year from my Date field)

//This step can be skipped, but I have a list box and want to select a year and that change to reflect on the visualization, so again - Add Event Trigger (for OrderYear field) 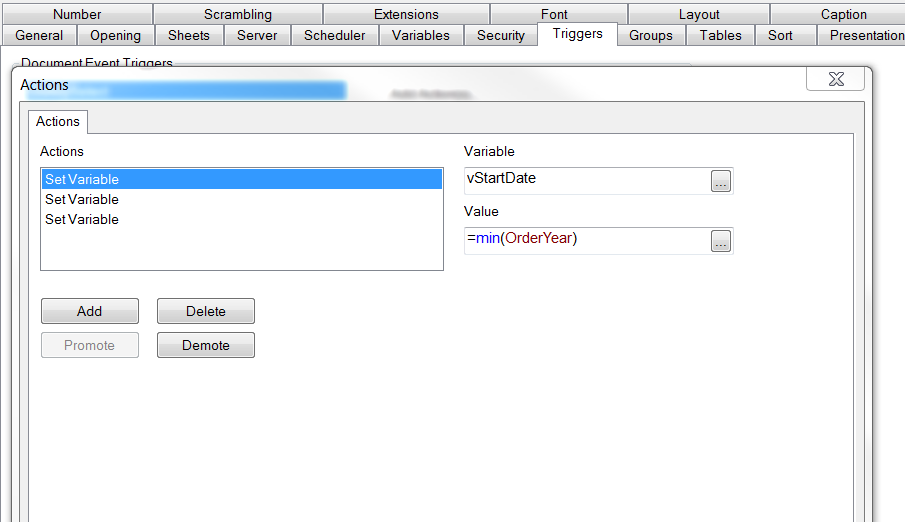 Do the same for vEndDate, but the Value is =min(OrderDate)-1

My Expressions in the chart are:

//Where vEndDate is the variable for the Previous year

Appreciate your feed back

After so many tries I found the solution

I want to generate 13 periods for each year, each period contains 28 days, and my fiscal year starts at May 30 every year , i have tried with days offset    vdaysoffset='(Addmonths(Date,4)-Date)+30'

however i didn't get the desired results for this, can you please help me on this.

Below is the script used  to get Fical Cal,

But am getting an error as below

Replace Application_Date with Datee it will work.

Or change Datee with Application_Date.

Hope this helps you.

I am new to Qlikview,

Now, I load the financial period by importing excel file,

I think it will work effective if it is wriiten by script.

could you mind sharing your script

if the financial period ranged from 29th of current month to 28th of the next month?