Can you help me?

I woul like to display and hide a chart based on a click of a button. Using the set variable option is only allowing me to display the object, but I wonder if I can hide the object with the same button, can someone advise?

HOW TO DISPLAY between Multiple Currencies using a variable. USING  QLIK SENSE.....

EG :  IF WE SELECT EURO BUTTON, IT SHOULD DISPLAY ONLY THE EURO COLUMN(WHICH IS MARKED IN THE BELOW MENTIONED PIC)... 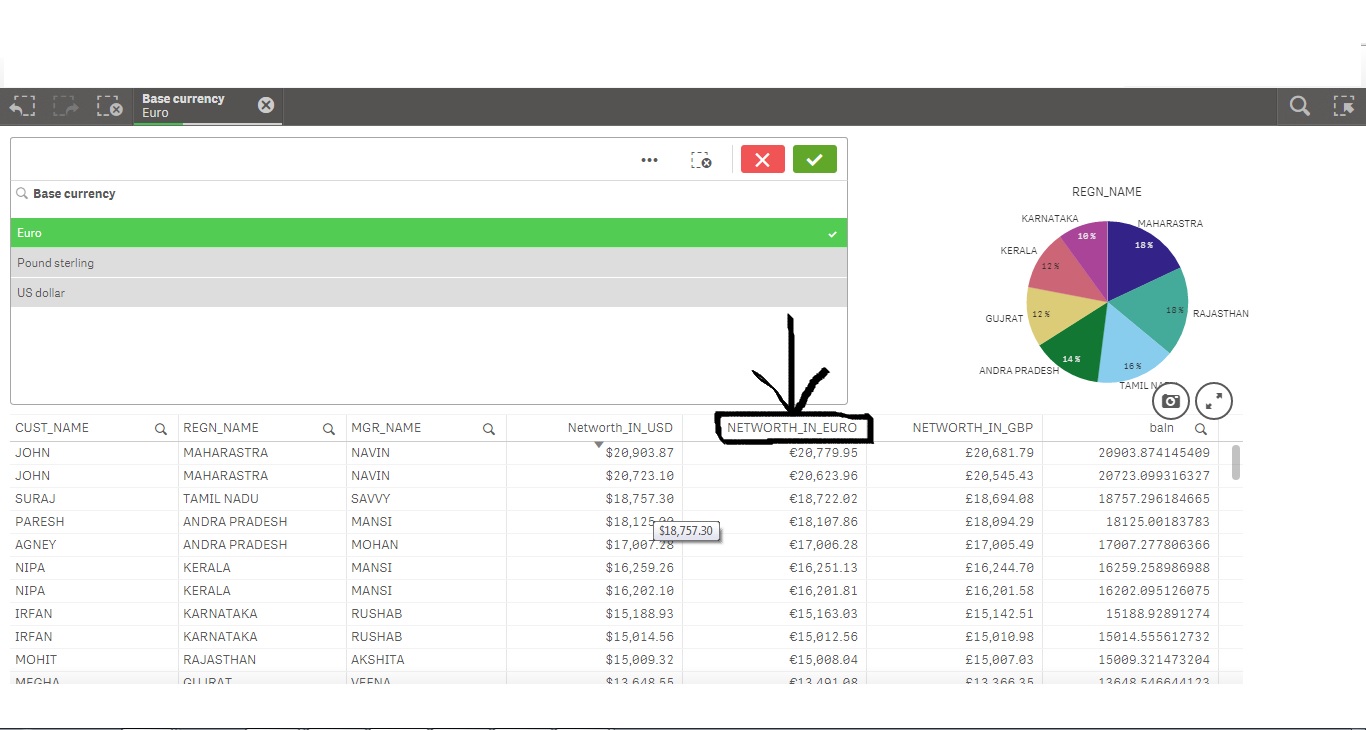 This functionality is (finally) arriving in the June 2018 release of Qlik Sense.

Rather than showing or hiding the column though, it would probably be just as easy to have the one column with the calculation changing based on your selection of currency.

If you create a variable called vFXRate you could have something like this:

You can then just multiple the expression in that column by the value coming back from the variable.

If you have the FX rates themselves loaded into a variable then you can pick that out from the table also, using a Min and set analysis so you get the FX for the right currency.