Discussion Board for collaboration on QlikView Security and Governance.

Announcements
The #1 reason QlikView customers adopt Qlik Sense is a desire for a modern BI experience. Read More
Options
Turn on suggestions
Auto-suggest helps you quickly narrow down your search results by suggesting possible matches as you type.
Showing results for
Search instead for
Did you mean:
Highlighted

I installed the governance dashboard on my qv server where the qlikview documents reside and tried to run the reload but keep getting this error message.

For security reasons, failed hidden script code is not shown.”

I looked into this thread but the thread is from 2012 and didn’t seem to shed any light on the issue. http://community.qlik.com/thread/63476 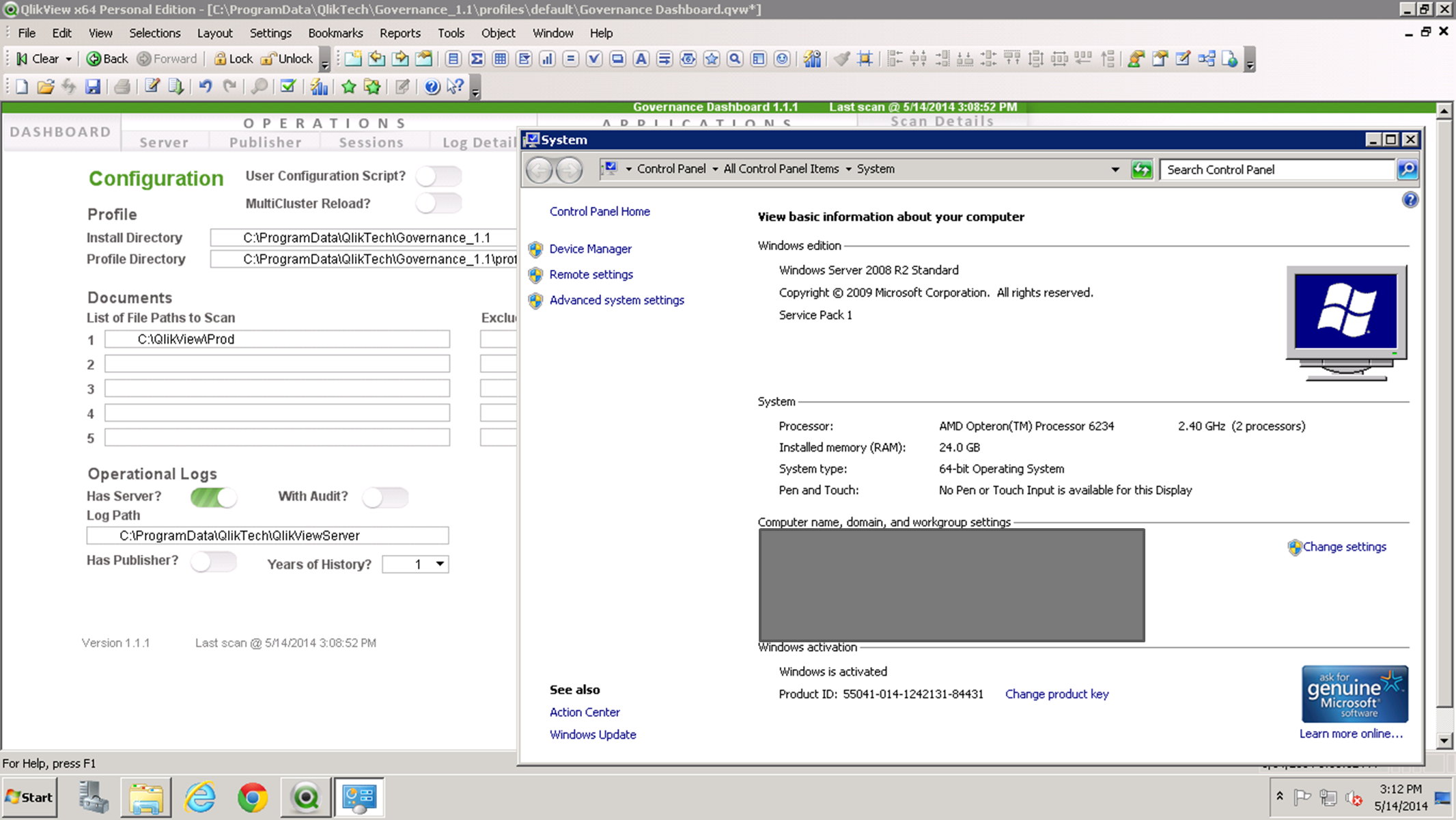 I also have an email out to qvgdfeedback@qliktech.com to see if they can shed some light on it. I'll update this post if I find anything.

Can you send the following information to QlikTech Support so we can troubleshoot it?

You might try reloading without "Has Server" to see if you get the same issue.

Hmm... I might have been guilty of an ignorant oversight.

I just did a clean reinstall of the Governance Dashboard and noticed a warning that there was a Qv.exe still running and it suggested to shut it down. (Another user had it running on their server session.) I don't remember seeing this before but I might have just continued past the warning.

After closing all Qv.exe processes and doing a clean reinstall it worked fine.

If I have any other issues I'll post them here along with the logs you suggested.

It only gives this error when scanning a particular folder. The directory test works though.

I found something strange in the "Fullscan messages log".

What does the "Extract Directory Scan Error mean"?

From the FullScan.messages.log, I see the following errors (noted by the -A and -F):

The fact that it fails on the Multi-Transform QVW operator denotes there is a problem scanning one of the QVWs.  The error "An output record is too large" could mean several things about one or more of the QVWs in the folder you are scanning. Here is my guess in order of likelihood:

Are you aware of any qvws that might have any of these characteristics?

I am having this error when executing the script..any help would be greatly appreciated..

Are you pointing to a file folder (on the Configuration page of the app, "List of File Paths to Scan") which has no QVWs?

Or, does this folder only contain one QVW and the QVW can't be read (really old or corrupt)?

Hi, did you find an answer to this? Thanks

I was having same issue with new install of 2.0.2 and found that by adding a qvw to the main file path as Tyler noted above, the hidden script error was resolved.

create a empty qvw file in "List of File Paths to Scan".

after governance will works!!