Ever wanted to edit a Qlik Sense app with Multiple Developers simultaneously? Ever asked yourself why this is still difficult?

We see that most Qlik Customers are developing new apps in a waterfall kind of way, or they manually merge multiple versions of an app into one. Most of the time that results in you being again the last in line in the development chain right after your fellow colleague, who always needs more time for his part then planned, which gives you less time to make your changes properly.

User interfaces and capabilities of apps have grown quite fast over the past decades but some things are still the same as 20 years ago. Working in text based code and merging these changes is not very difficult. Traditional solutions like GIT, SVN and TFS are fully capable of doing this. And when they see a conflict, you as a user need to solve it.

PlatformManager by IN4BI allows multiple developers to work on the same Qlik Sense app, simultaneously which will speed up your application development. Developers no longer have to wait until the app is checked-in. They can work together in the same app at the same time. Just agree on who is working on which part of the app and you’re good to go. Every developer simply checks-out the app and starts developing new sheets, visuals or changing the script. When finished, they just perform an individual check-in.

During development changes are synchronized to all developers so merging is not required. When all developers have finished, the app can be published for testing and the new version can be compared with the checked-out version visualizing the differences.

By giving the developers the possibility to work together on the same app at the same time a lot of time and money can be saved.

Curious how it works? Click here to check the video! 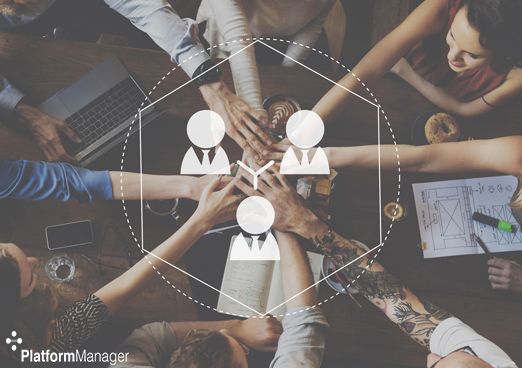