In the Call Detail Record Analysis demo a customized report was added to the application.  This is how the ad-hoc report looks with some dimensions and metrics selected. 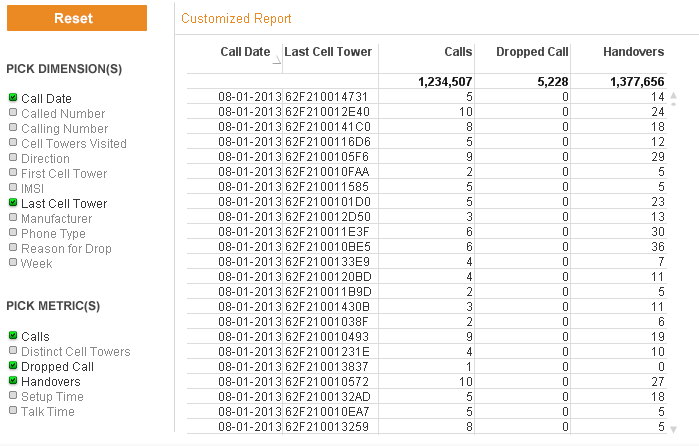 The steps taken to build this report were:

The chart will be displayed if at least 1 dimension and 1 metric are selected from the list boxes. 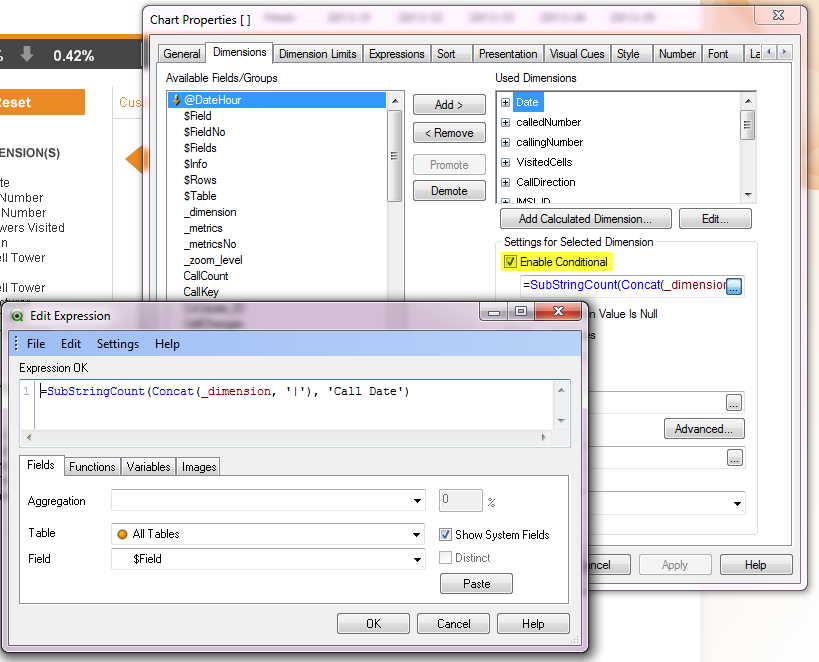 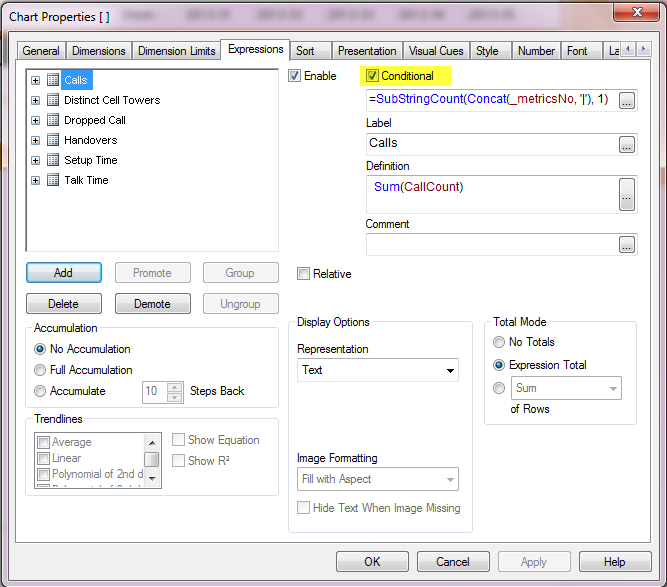 In five easy steps, a customizable straight table or report can be added to your QlikView application providing users the ability to display a report with the data they want to see at the time.  This gives the user more flexibility and reduced the need to add detailed straight table charts to the sheets in the application.

You can read more about this topic in my Technical Brief which has more detailed step-by-step instructions.  Have fun!

We've used this technique in a number of places though with a slight modification. We load the dimensions and metrics from a spreadsheet. This spreadsheet is loaded as two island tables, one for dimensions and one for metrics. Then in addition to using references to the list boxes for show conditions, we call back to the island table for the dimension and expression formulas as well. Basically the entire table made of calculated values, dimensions, labels, expressions, showconditions, etc.

In this way we can migrate the tool from one application to another very easily. Paste in a few objects, a chunk of script, and update the spreadsheet and it's all ready. A highly end user customizable report. Stack that with shared bookmarks and our end users have never been happier. A big thanks to kyle_frye and DI Squared for helping to set up the first one!

I'll throw my hat in on an alternative method for how I've done the same sort of thing in the past.

I like to use an enumeration as the key in the metric and dimension island tables:

This way each key only occupies one bit in the integer.

I then add two variables that sum the metric and dimension keys, respectively, only if a selection is made:

Finally, for the conditional expressions in the chart, I use the "bitand" function to test for the selected metric or dimension:

The above would only show if the third metric is selected in the list box.

Theoretically, this should use less processes to calculate since bitand is a native operation for a PC and SUM is simple to calculate.

Let me know if I need to expand on this to explain it a little clearer.

We're all doing the same thing here, but I'll share with you the specifics of my approach, as it may have certain advantages over other approaches described.

As usual, I create two island tables: First for dimensions and the second for measures.

Tip #1: use a hide prefix or suffix so these selections don't show up in Current Selections.

Tip #2: use REPLACE for partial reloads (useful for adding new measures without having to do full reloads - partial reloads should only be used for testing, since the Load order isn't what I normally Expect

You can then define two variables, which are both parameter driven:

Then in each of the dimension and expression Conditional expressions, set the expression as follows to bind a given dimension or measure to the respective Dimension

One last tip: I allow users to fast change between Pivot Table and Straight Table, and leave the default as Pivot Table. This gives the best "drag and drop" experience, and allows users to easily create cross tab reports (e.g. months as columns).  I tell users to switch to the Straight Table if they want to perform interactive sorting.

I have created a sample QlikView document which you can find here:

Hi Ben do you have a working example of your approach?