How to make a chart showing the calculated percentage point difference between two periods?

I have made a bar chart showing the percentage of the student mass, who are foreign students.

The chart looks like this, with percentage on the y-axis: 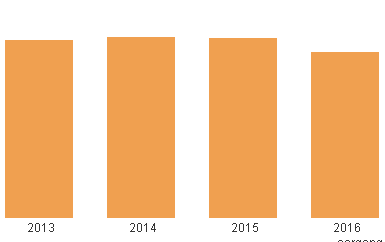 Now I would like to make a bar chart showing the percentage point difference from one year to the next.

I thought it would be smart to make the code dynamic, so I don't have to maintain it, every time a new year is added.

I have tried the folowwing code, but it does not work:

The first part is just a copy of the old code, whick shows the percentage number every year. So I thought that I could just copy it, and add a "go one year back and compare" statement (year=Aargang). But it says error in expression.

How do I tell QV to compare the percentage from one year with the year before?

I know that there will be no data in 2013, because it is the first year.

I have made a vMinAargang and a vMaxAargang variable, but I haven't used them (yet).

This is exactly what I wanted! Thanks!

QV says "expression ok", but the data disappears when I click ok??

This is what I wrote:

Do you know why it doesn't work?

There is a typo in the the expression with num()

You can format the number to percentage in the chart properties: 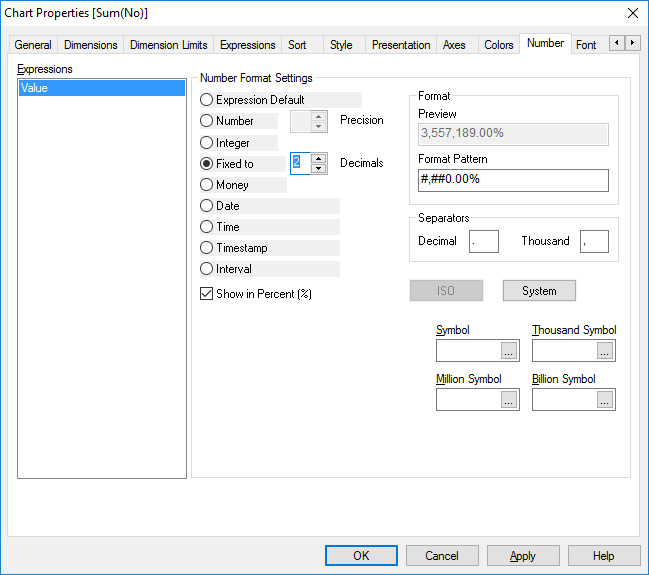 Yes it does - thanks