How to do an app evaluation in Qlik Application Automation

How to do an app evaluation in Qlik Application Automation

This article describes how Qlik Application Automation can be used to perform and review app evaluations and take action accordingly.

In this example, we'll create an automation that evaluates an app before publishing it to a managed space.

Before you continue, create a new automation. 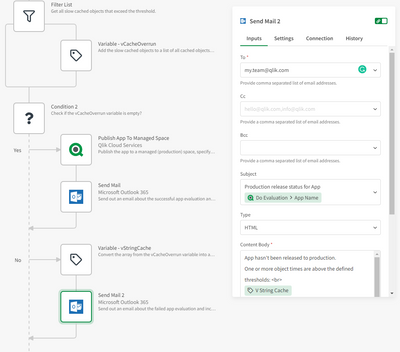 The information in this article is provided as-is and to be used at own discretion. Depending on tool(s) used, customization(s), and/or other factors ongoing support on the solution below may not be provided by Qlik Support.