Facts vs Budget - Budget not available in Future

The facts (sales) of 2015 are available from January untill December.

The facts (sales) of 2016 are available from January untill the current month, which is April.

The budget data is available for 2016 from January untill December. 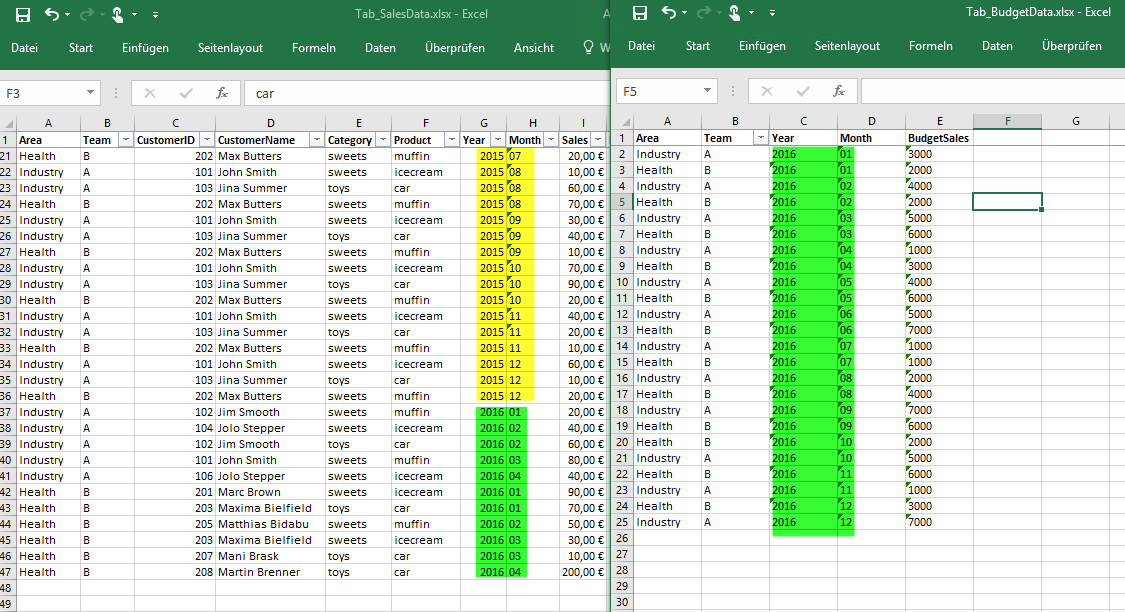 My issue is, that I cannot view the budget data of 2016 in the table, which lays in future – after April (red).

It is because of the link between the facts & budget data. I just cannot figure it out how to solve this issue.

All relevant files, to play with, are attached.

Does anyone have any idea for this “standard” requirement?

Concatenate is standard as mention above.

What if you leave the two tables disconnected?

Use this expression for Budget amount:

I would concat the sales and budget tables--- i think that is the "standard" way to do it.

Concatenate is standard as mention above.

Make sure that all future periods are listed in this Link table as well. A cartesian JOIN of your PeriodCalendar to all Area & Team values will do the job.

Your solution does exactly the trick!!!

I'm going to check out other sugestions, too. But for anyone who might read this post having the similar issue - sunny's idea works. I do not see any issue, which might occur by using the provided solution

@ all experts: do you believe it might cause some issues or is it really just THAT simple

Not applicable
Author
In response to stabben23

your solution did work, too.

I've uploaded the ready to use file for the community.