Announcements
QlikWorld 2023, a live, in-person thrill ride. April 17 - 20, 2023, in Las Vegas! REGISTER TODAY
Options
Turn on suggestions
Auto-suggest helps you quickly narrow down your search results by suggesting possible matches as you type.
Showing results for
Search instead for
Did you mean:

I have a following sample data(given below) in which I have to implement a logic.

I want where cause damage tag=1 and also want to pick only one column (among material,outside labour,outside material and labour operation)  where three values are # and under one column there is some value then that column needs to be picked in pivot table

like marked in red colour in below table. so how to write a calculated dimension

I would venture it is going to be difficult for anyone to help you unless you attach a sample app with some data and your data model etc.

The only other thing I can offer is the following:

That may help you decide if calculated dimension is really what you want to do or if it would be better to use Set Analysis instead.

If you wish to search the Design Blog area further on your own, use the following URL for that:

There are hundreds of mostly how-to posts in that area from our experts, so would think you should be able to find some things to help you with this one if I have not hit on the right ones.

To help users find verified answers, please do not forget to use the "Accept as Solution" button on any post(s) that helped you resolve your problem or question.
I now work a compressed schedule, Tuesday, Wednesday and Thursday, so those will be the days I will reply to any follow-up posts.
218 Views
0 Likes
Reply

Here I want to apply a logic that when (refer raw data) cause damage type=1 and among material,outside material,labour operation and outside labour only one value will be considered and displayed under the marked column (marked in black color)

The value which needs to be considered depends upon the following for eg if cause of damage type=1 and under material value is 123456 , outside material #, labour operation is # and outside labour is # then in this case material will be picked and will be shown under column (circled in   UI application (refer picture below) 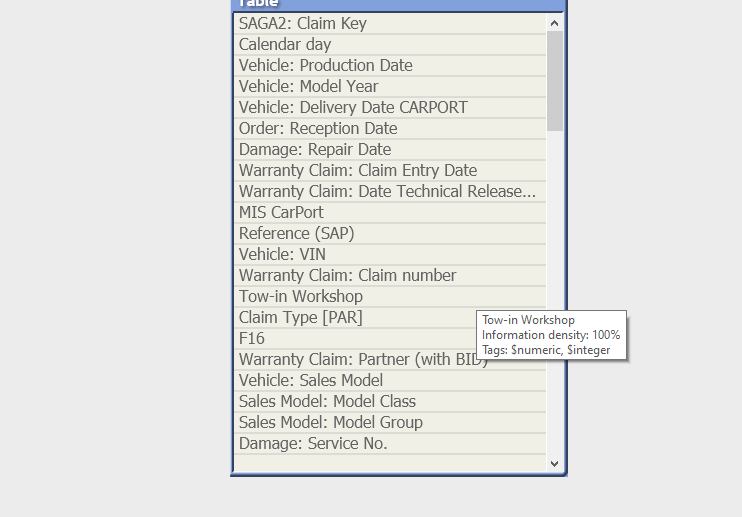 I have created following expression.