By adding the format, the code will check the QVD's name for the formatting specified in the field bellow: 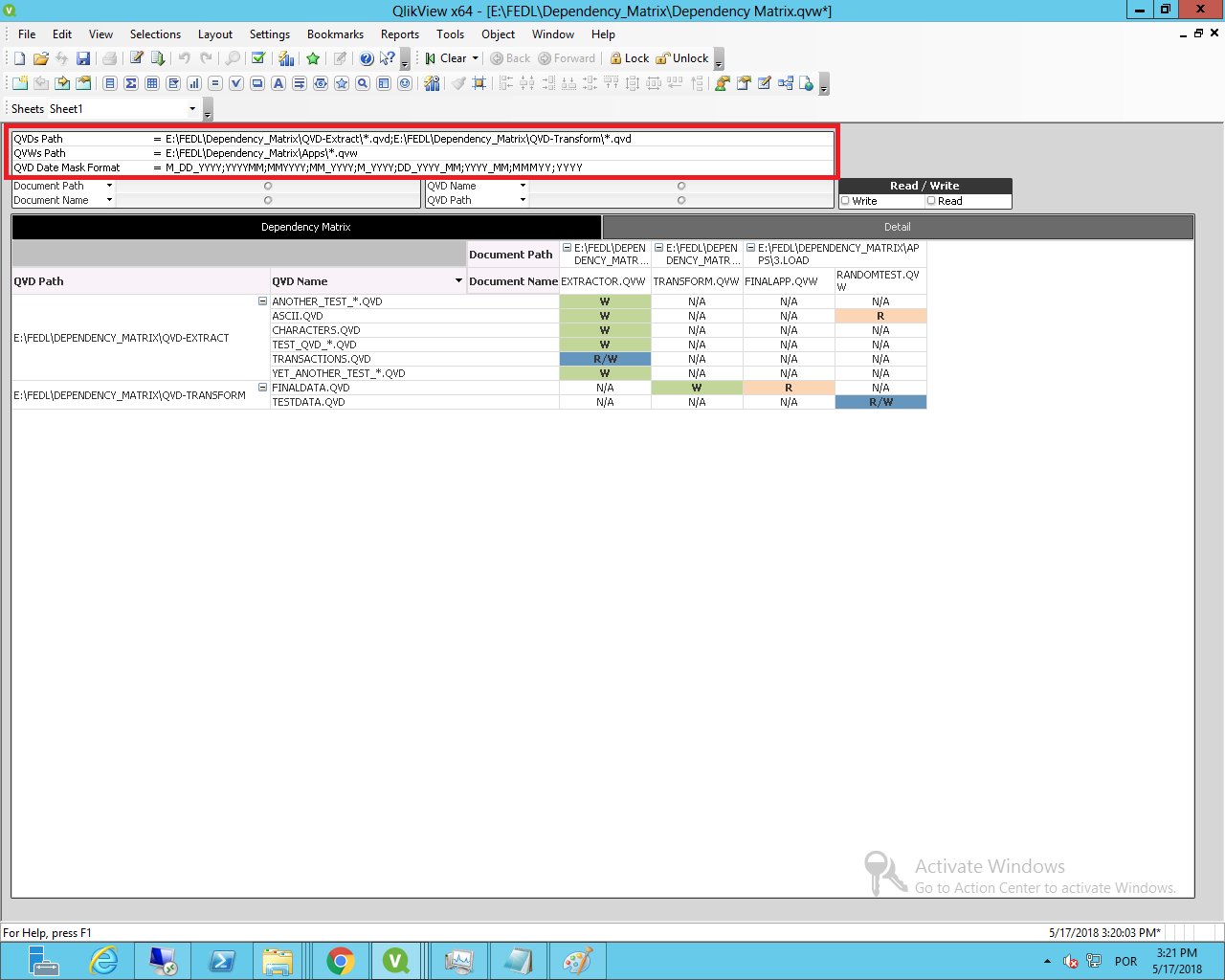 As an example, the marked QVDs in the following picture: 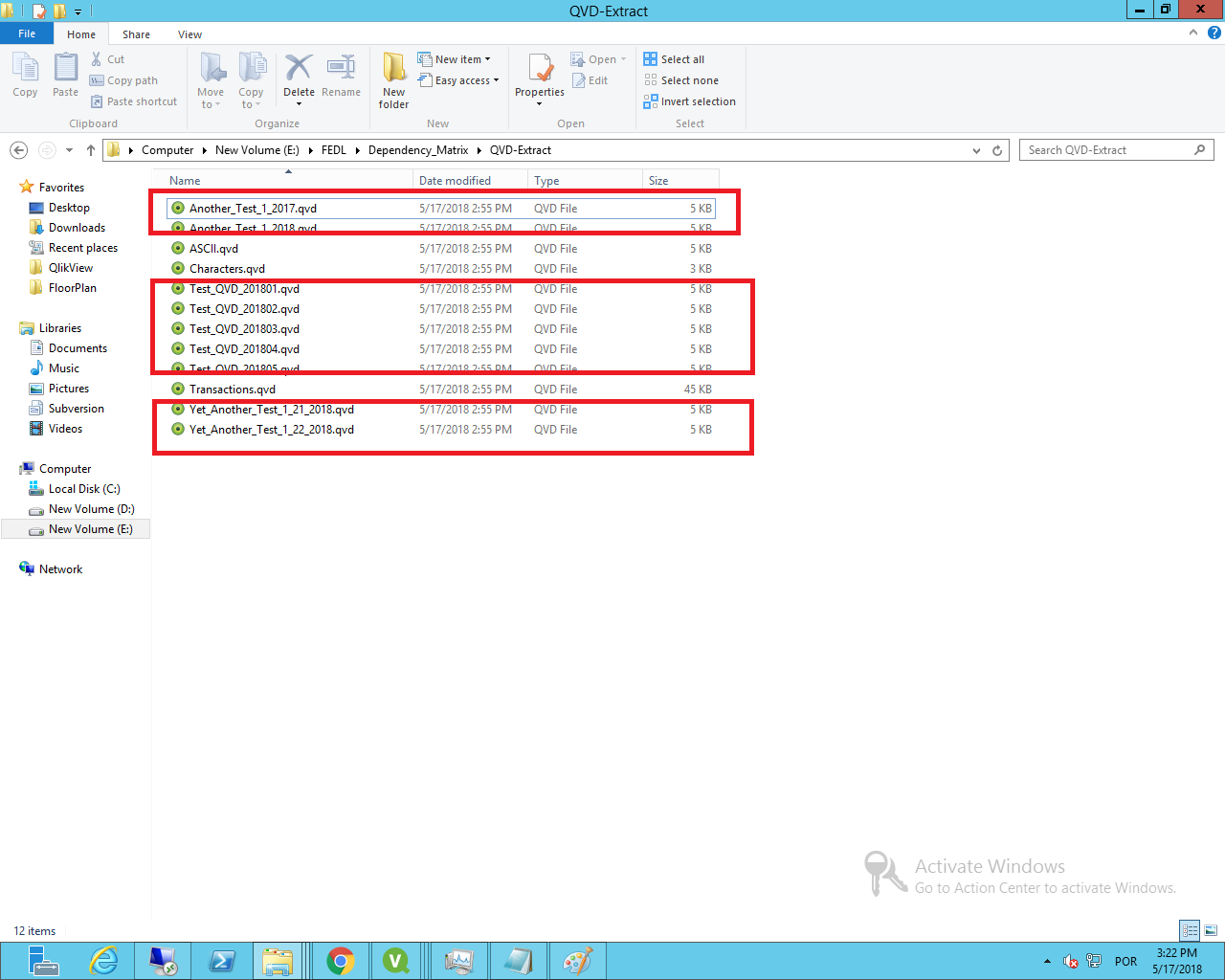 Will be shown as on the matrix:

Simple explanation on the input fields:

- QVDs Path: paths, that can be separated by semicolon, where the DoDir function will look up for the QVD files used for creating the matrix.

- QVWs Path: paths, that can be separated by semicolon, where the DoDir function will look up for the QVW files used for creating the matrix.

- QVD Date Mask Format: date formatting, like MM_DD_YYYY to check which QVD files have similar formatting. Due to the string comparison, it's better to have the lengthiest date formats to the left and single modifiers should be to the right. Must be separated by semicolon.

That is needed because if the order was reversed, let's say by having the following: 'YYYY_MM;YY_MM;MM_YY;MM_YYYY', it would avail that the string 'Final_Test_02_2018' be computed as 'MM_YY' and not 'MM_YYYY' because of the '02_20' string being a valid Month / Year.

The paths must contain the type of file to be read, the sample paths used in my example for QVDs are as follow:

After setting up the parameters, just reload the app to view the matrix, being classified as:

Attached is a new sample structure with the QVDs having date formats for the Dependency Matrix app.

Hope you guys can take a look at it and point out some improvements.