I want to have a multi-node site. The demand is as follow:

2) A second server to just CONSUME and Develop new Apps; the users will only have access to the HUB within this server.

What should I do? How should I proceed?

Will the first server be a master one? What should it have as services?

What services should exist in the second one? to only consume and develop apps? (the apps should be reloaded in the first server)

I hope my question is clear enough.

I already did it.. I'm really confused..

mahlerma , plu can you assist with this? Please?

Don't really understand your load balancing logic. You want to make sure your users are only on the RIM node, correct?

Secondly, can you check if you can create a new app and if you can access it? Maybe something to do with how you have set up your synchronization rules.

Well, It's the first time I'm dealing with such a demand; so I'm really confused on how should I proceed.

The demand was to have the master node with all the charge (reloads, administration etc)

Now, to answer your question, I can create an app within the rim node; I can even see the streams and apps created within the Central node; 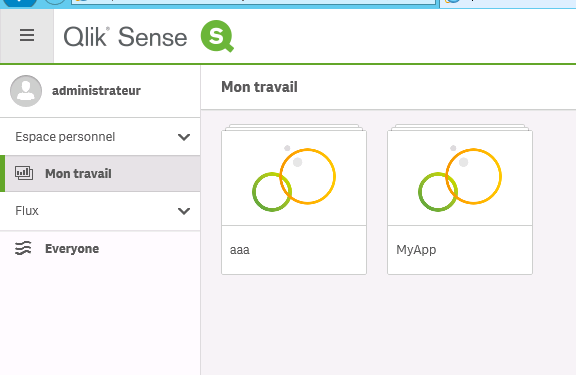 but when I try to access to the app, I have this error: 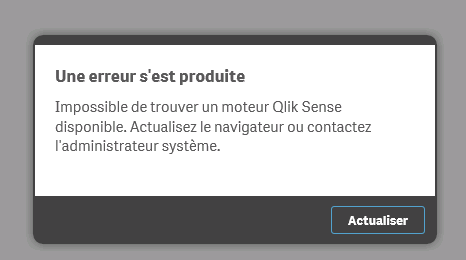 And more importantly, I did not add any synchronisation rule (don't even know how to do it);

The only configurations I made is as I mentionned above; I want all the apps to be accessible in the RIM node (depends on the user authorisation); and I want the users to be able to create apps within the rim node (those apps will then be reloaded within the central node)

Any idea on what I'm doing wrong? Any guidance? Please?

Load Balancing only redirects the User Session to a different node - I suggest deactivating it for now. Not sure it will be possible for users to create & reload apps from the RIM node without a scheduler installed.

Did you install your environment using shared or rep sync?

I installed it using synchronised persistence.

Now, if I do as you said, and remove the central node from the load balancing of the RIM node:

(see the the msg in yellow; (must add server nodes to load balancing for users to be able to ACCESS APPS) 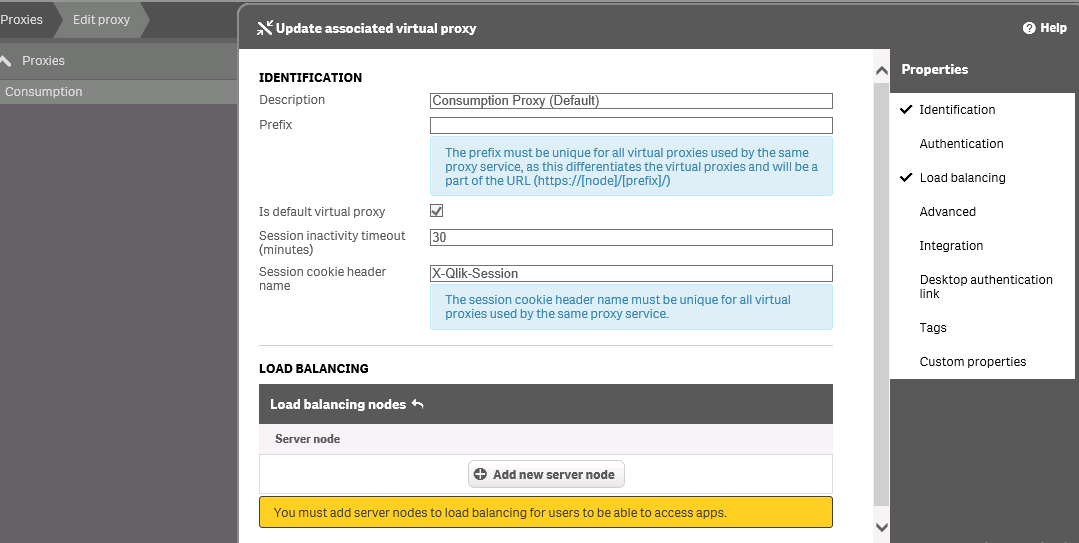 When I try to access to the RIM node's hub, I cannot anymore: 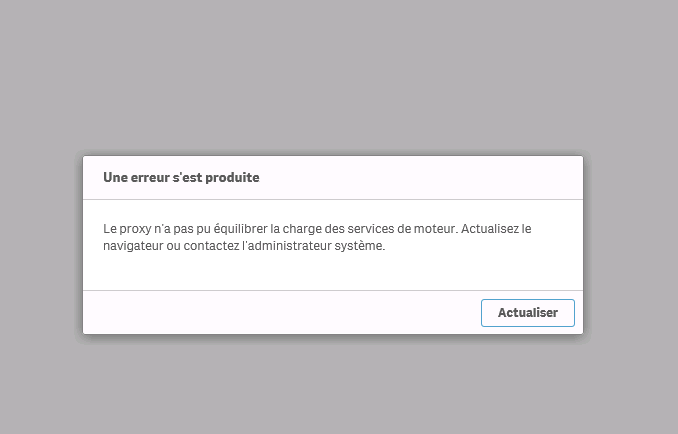 Hi Omar - I am not sure as I don't work with multi-node environments - jog - is this something you can look at?

Did you ever get this resolved? I'm having the same issue in QS Sept 2017