How to: Loop and reduce with Qlik Application Automation (advanced)

How to: Loop and reduce with Qlik Application Automation (advanced)

The source app used in this article can be downloaded here

1. Loop and reduce to one space

In this example, all reduced apps will be (re)published to the same space.

Create a new automation and follow these steps to perform a loop and reduce action on a QCS app:

Below is an image of the completed automation: 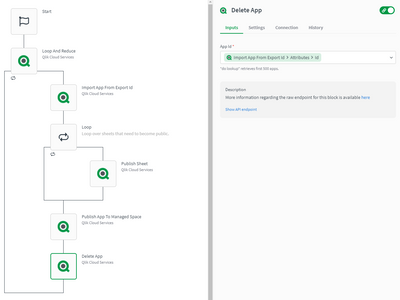 2. Loop and reduce to multiple spaces

In this example, each reduced app will be published to a different space. We'll use the Insurance Claims app and the automation for the first example again. Since this app reduces on the field CountryName, we'll start by creating a managed space for each unique value that's found for CountryName. This results in the following list of spaces: 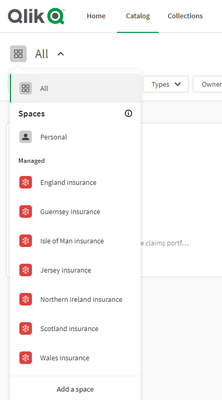 Next is to create a mapping for each unique reduction value and the corresponding space's id. There are multiple ways to achieve this. In this example, this mapping is stored in a JSON list of objects with the keys reduction_value and space_id. Feel free to use an automation to create the managed spaces and build this list.

The next step is to store the mapping in the automation. Execute the following steps to do this:

The information in this article is provided as-is and to be used at own discretion. Depending on tool(s) used, customization(s), and/or other factors ongoing support on the solution below may not be provided by Qlik Support.