One of the new features in the April 2018 release of Qlik Sense was the addition of the NumericalAbbreviation variable.  This variable allows users to specify the numeric abbreviations that are used when a numeric value has an Auto number format.  This was great because by default, G is used to indicate billions and my preference is to use B.  Now, I can do that by editing the NumericalAbbreviation variable in my script.  If you are familiar with scripting, you know that the first few lines on the Main tab in the script are SET variable statements that indicate what abbreviations and values you would like to use to represent certain data in your app.  For example, in the script below, the MonthNames variable is set to how I would like to abbreviate months in my app.

With the NumericalAbbreviation variable, I can specify how I will like the numeric abbreviation to appear.  By default, it is set like this:

If you created an app using a release prior to the April 2018 release, you will not see this variable on the Main tab in your script but you can add it to your script along with the other variables statements.  The easiest way to do this is to copy and paste it from Qlik Help.

In the app screenshot below, you can see the G used in the Total Gross KPI and in the Top 10 Theaters bar chart (bottom left). 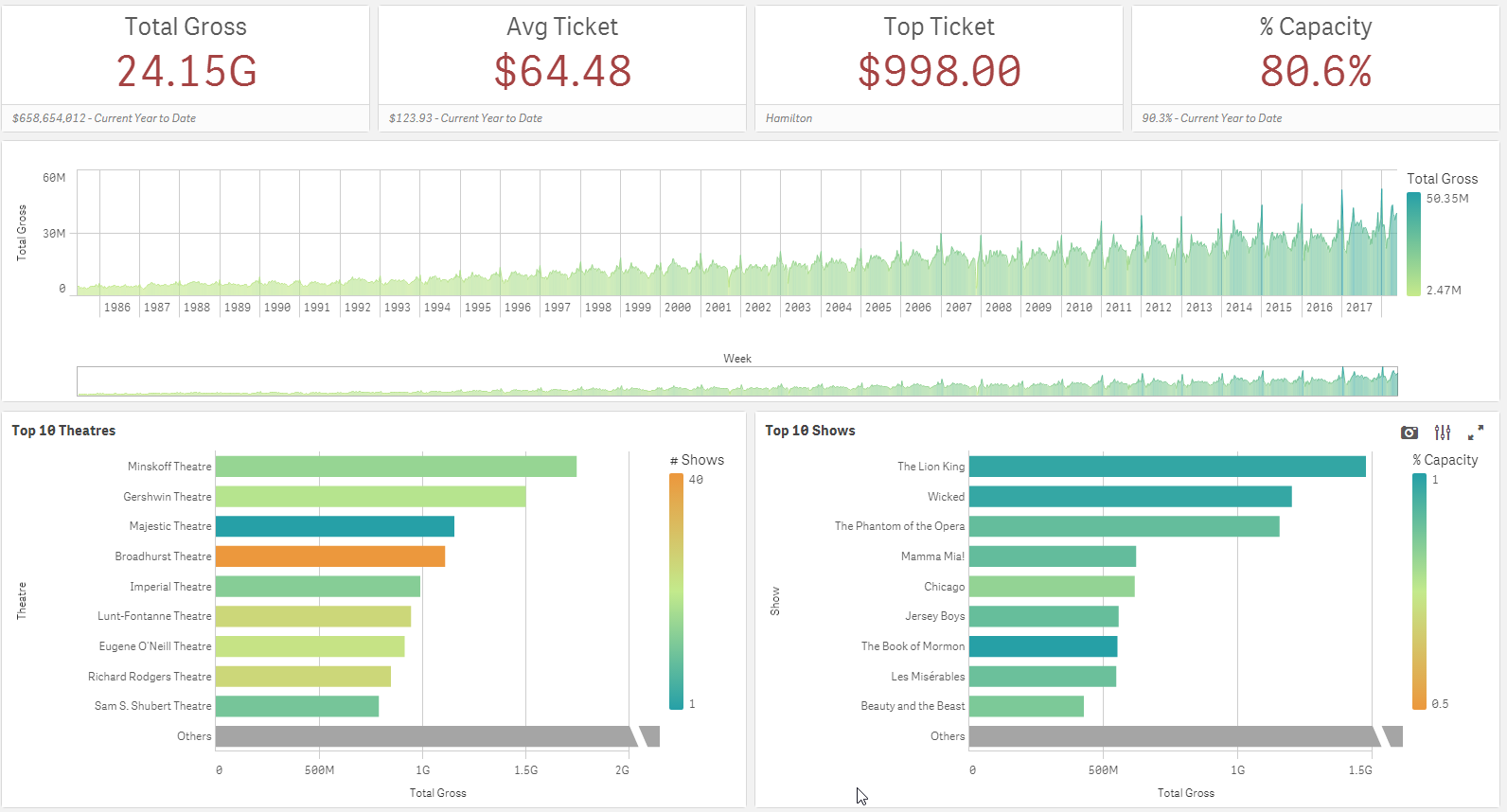 Since my preference is to use the B instead of G to show billions, I changed the NumericalAbbreviation variable to be: 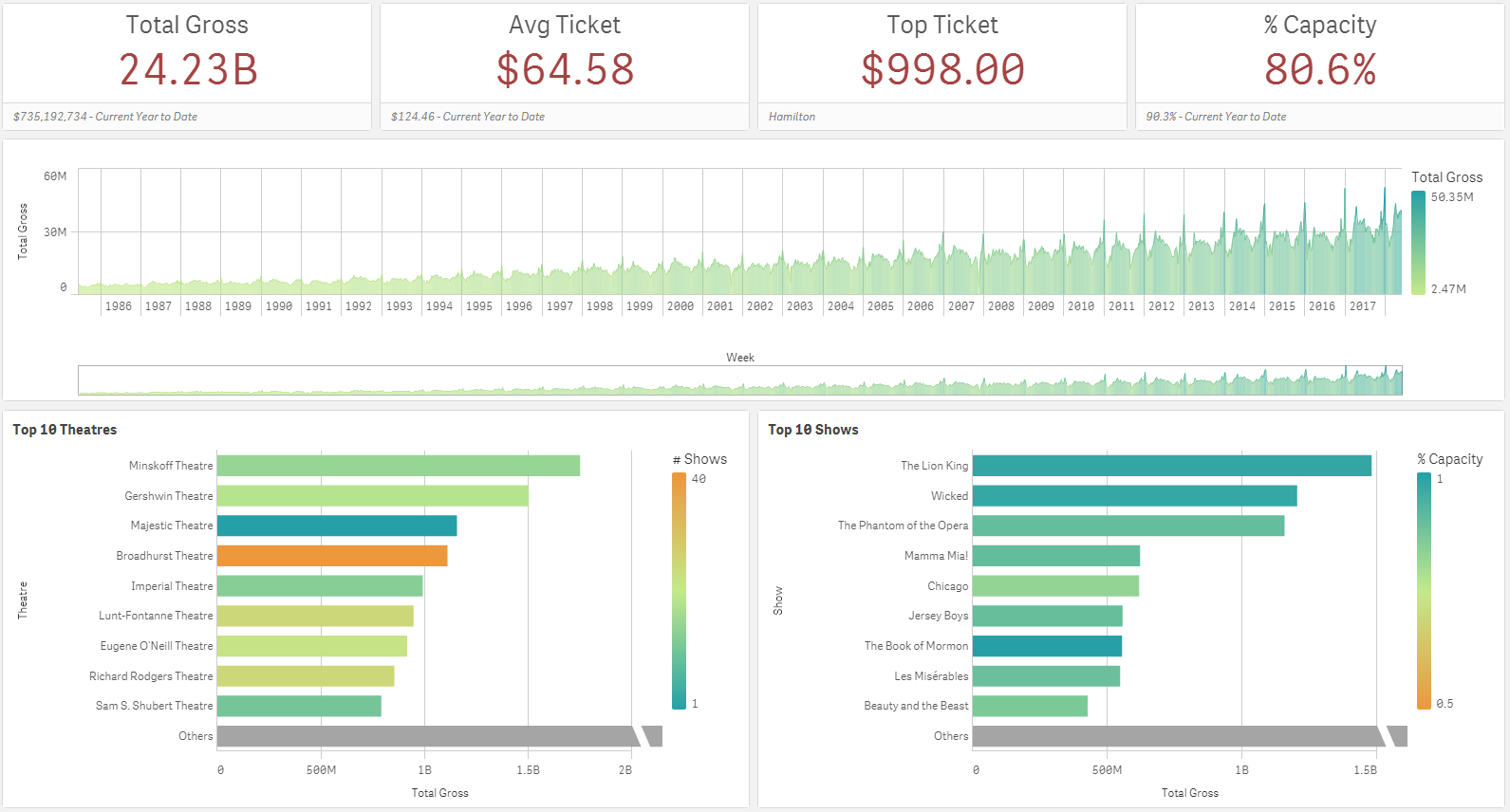 In this blog, I showed one example of how the NumericalAbbreviation variable can be used but it can also be used to add spacing before the abbreviation or other custom abbreviations, if you choose.  This seems like a small feature but it has a large impact providing users with more flexibility and control over how the data is displayed.  To learn about other new features released in April, check out Michael Tarallo’s Qlik Sense – What’s New April 2018 video.

I have seen a lot of people asking about this, so this is def. huge. Thanks for sharing this information. Also, do you know what is bold part of the set statement used for?

Nice to know. Thanks

NumericalAbbreviation not work when export charts object from storytelling to Powerpoit or PDF.

it's work perfectly on Dasboards and StoryTelling

but when export to PDF or Power point file, It seems to not be working

Sounds like you should log a bug with Qlik Support and/or test it in the September version. I logged an issue about the map object's scales not obeying the NumericalAbbreviation settings and it was fixed in the Sept release, so they're pretty responsive.

It is also great for using localized abbreviations. (Not every business user has been too pleased about the scientific suffixes on large amounts. : )

You can even remove the '3' if you don't want to abbreviate values in the thousands.

However, is it possible to get this formatting in tables as well? Or just charts?

Would be nice being able to decide the numerical format used with the abbreviation.
Not always that one wants two decimals.

This doesn't seem to work in straight or pivot tables. Only in other chart types

Yep. It's amazing isn't it?

Please log that as a bug with Qlik Support.  It's the only way we get R&D to notice that there still is a job to to.

Jennell thank you so much for the information.