NPrinting Designer Error Object reference not set to an instance

NPrinting Designer Error Object reference not set to an instance

When you have two or more NPrinting connections using the same source QVW or QVF and BOTH connections are contained within the SAME NPrinting 'App', the following error is generated when attempting to preview an NPrinting report in the NPrinting Designer: 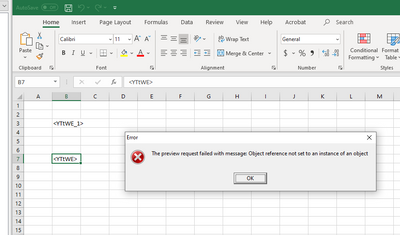 "You can only create one connection between a Qlik Sense app and a Qlik NPrinting app."