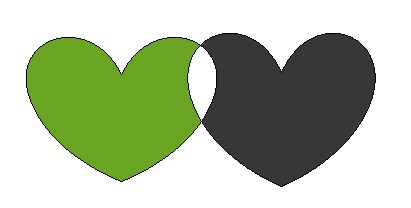 Most of the QlikView Consultants think that Set Analysis is a complex feature to use in QlikView. This blog intends to change this notion and make Set Analysis look something easy to use rather than complex.

Back in our school days we learned set theory in mathematics  We used to draw Venn diagrams that showed the sets as circles and displayed the commonality as an intersection. The QlikView set analysis is based on the set theory.


Why use set analysis?

In QlikView the selection you make can be considered as a set, the selection not made are another set. Using set analysis these sets can be customized to make a conceptual selection so that we display the desired values on the charts. Set analysis always involves an aggregation function.

1)Determine the field that needs to be aggregated.

Sales in our case.

2)Determine the type of aggregation that is required.

Sum in our case.

4)Add a identifier $ ($ represents the records in the current selection)

6)Add a Modifier in between the angle brackets

The simple set analysis expression is now ready. The expression will give us a sum of sales for the year 2008 with respect to the current selection.

Identifiers - Identifiers can be compared to a from statement in SQL. The identifier determines the set we will be operating on. Identifier begins and ends with the curly brackets. Following are the identifiers we can have in set analysis.

example - sum({1) Sales) will return total sales in the dashboard irrespective of the selection.

Operators - Operators are used to operate on the identifier. Following are the operators we can have in set analysis.

Example : sum({$ * Bookmark01} Sales) returns the sum of sales that is an intersection between the bookmark and current selection.

Modifiers - Modifiers can be compared to the Where clause in SQL. These are additional or changed selections. The modifiers should always be in angle brackets.

This will give the sum of sales for year 2010 and region US. Note that Year and Region are modifiers in the expression.

Hope this basic post on set analysis is helpful.

Thanks Sajid, I hope to come up with some more soon.

The link to the Wizard has changed, though. The Set Analysis Wizard can be found here:

Thanks Mark, Would update the same.

To show how it will look in qlikview, please make an example file for this and include one example each for levels - "intermediate" and "expert". Thanks.

This is really helpful

does set Analysis work with function like the one below although its giving me an error.

on the above expression,I  want it to return list of spec that are due from today onwards